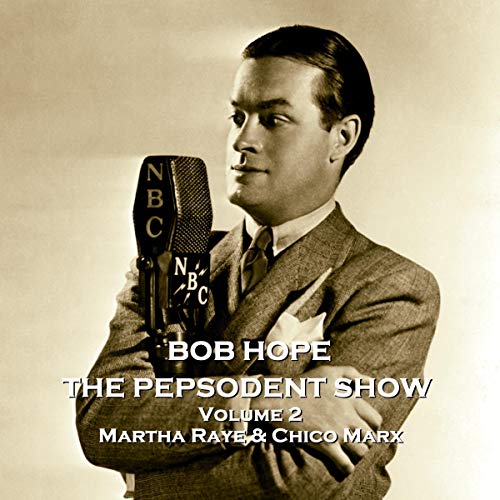 The name Leslie Townes Hope is not the most familiar to us. Born in Eltham, London, on May 29, 1903, he and his family emigrated to the United States aboard the SS Philadelphia before moving to Cleveland, Ohio. Although he entered show business in the 1920s, it was only in 1928 that he changed his name to the one and only Bob Hope.

Stints in Vaudeville and then Broadway were followed by his radio debut in 1932 and feature films in 1938.

1938 was a banner year for Bob Hope as it was also the debut season for the eventual decade-running smash-hit radio show: The Pepsodent Show. Despite the sponsor's name getting the billing, this was Hope’s show.

His opening monologue was the result of his hiring from his own pocket - he had an extravagant salary from the sponsor - of a team of eight writers to write top-notch jokes and skits. His comic timing turned him into a sensation. The show was so popular that it had its pick of the best of show business stars. Everyone wanted in.

Now it's time to cut the talk and get ready for laughs. It’s time for Bob Hope and his guests.