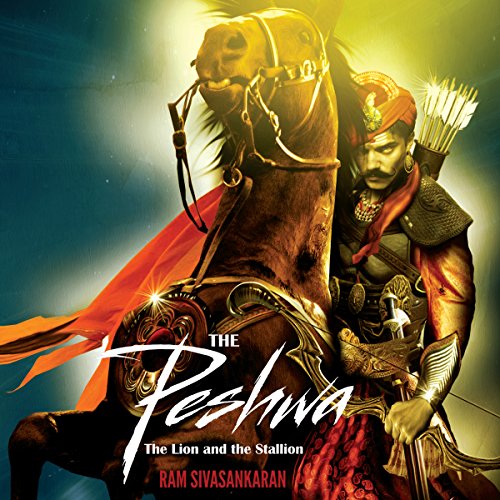 It is the 18th century, and despite the dominant Mughal rule, the Maratha Confederacy has established itself as a force to be reckoned with in the Indian Subcontinent. The fragile peace between the two powers is threatened when Balaji Vishvanath Bhat, Peshwa of the Confederacy, foils the plans of Nizam Ul Mulk of the Mughal Empire and asserts the power of the Marathas. However, little does the Peshwa know that he has dealt the Nizam an unintended wound - one with roots in his mysterious past and one that he would seek to avenge till his last breath. When the Peshwa surrenders his life to a terminal illness, dark clouds gather over the Confederacy as it is threatened by a Mughal invasion as well as an internal rebellion. All the while a passive spectator - the Peshwa's son, Bajirao Bhat - now needs to rise beyond the grief of his father's passing, his scant military and administrative experience and his intense love for his wife and newborn son to rescue everything he holds dear. Will the young man be able to protect the Confederacy from internal strife and crush the armies of the empire, all while battling inner demons? Will he live up to his title of Peshwa?

What listeners say about The Peshwa

The time of birth and death of characters is suspicious and does not match. when such simple facts go wrong, this seems like a work of fiction.

Title could have been "Rise of Peshwa Bajirao"

This audiobook has been quiet good. Though, as a normal reader, I feel this story got unnecessary diversion on two occasions. First is the detail description of young Dabhade's first battle. Second is details of emtional relationship between Raheem and his father. To me it feels like a bit of unnecessary side track from original storyline.

Bajirao story is incomplete without mentioning Mastani. I was expecting more about this. ofcoure ,it's not the only part of Bajirao life yet it's the most for which he is remembered. However author has his own reasons. Maybe a sequel would happen. :-)

Even so, the book is very well written. Performance is excellent.
I would recommend this book whoever loves bit of historical action and adventure.

entertaining listen, not completely factual though

Good book to listen to and it is an engaging story. Narrated quite well to make you get back to it whenever you get a chance. it's engrossing enough to have made me look up more details of the characters concerned and that's when I found its not factually completely corner lot correct. The essence is there, but the details are slightly split across different times. It is more a history based fiction than history itself, I'm only guessing I wasn't aware of that before starting the book.
A worth read nevertheless.