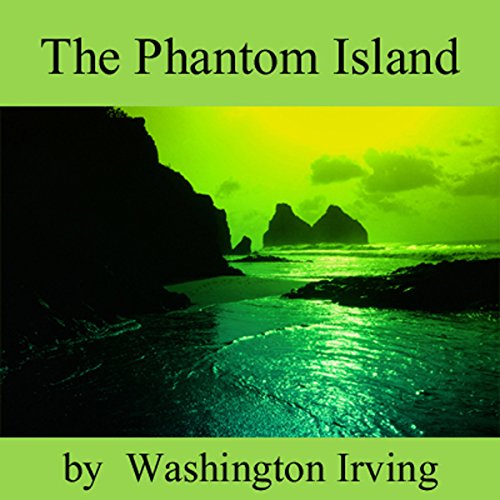 An old pilot of the sea who had been driven by tempests "he knew not wither" returns to Lisbon to tell of a wonderful lost island that his ship had been driven to by a storm. Survivors of a shipwreck many years ago had thrived there and built seven wonderful cities. Upon leaving however, the sailor meets another storm and could not say where this mysterious island lay. The public immediately names this island, the "The Island of the Seven Cities." and the was much talk of its wealth.

This was in the day of exploration and expansion and a young Lisbon nobleman decides to find fame and fortune by finding these islands and becoming their ruler. The problem is that he is engaged to the lovely Serifina and her tyrannical father names him "The Lord of the Clouds." Nevertheless, with his lovers assent, he sets off in quest of the mysterious islands. For the rest of the story, think of Rip Van Winkle...with a Portuguese twist.

Called the first American Man of Letters, Washington Irving is best known for his immortal "The Legend of Sleepy Hollow" and "Rip van Winkle". Some of his chief themes are on full display in "The Phantom Island", a short story performed with minimal fuss by David Ely.

Beginning in Lisbon during the age of exploration, "The Phantom Island" is a fantasy about a young man who leaves his intended and defies her father to sail off in search of the fabled "Island of the Seven Cities", a mysterious lost island where fortunes can be made. Listen for a forward-thinking critique of contemporary political adventures.