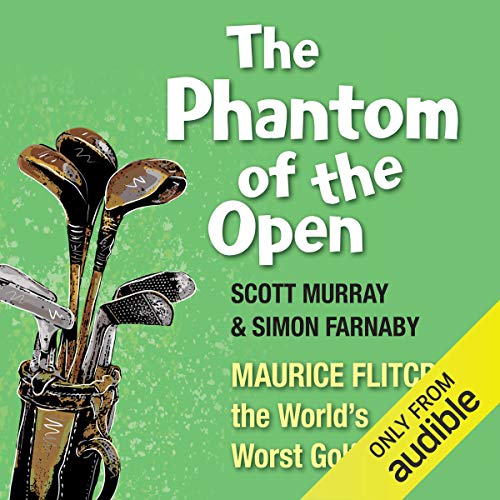 When 46-year-old crane driver and former comedy stunt-diver Maurice Flitcroft chanced his way into the Open - having never before played a round of golf in his life - he ran up a record-worst score of 121. The sport’s ruling classes went nuclear and banned him. Maurice didn’t take it lying down. In a hilarious game of cat-and-mouse with The Man, he entered tournaments again - and again, and again - using increasingly ludicrous pseudonyms such as Gene Pacecki, Arnold Palmtree and Count Manfred von Hoffmanstel.

In doing so, he sent the authorities into apoplexy, and won the hearts of hackers from Muirfield to Michigan, becoming arguably the most popular - but certainly the bravest - sporting underdog the world has ever known.

What listeners say about The Phantom of the Open

An ode to the dreamers and the hopeless alike

A wonderful story about a true underdog who saw himself as anything but. Maurice G Flitcroft was a man who embodied the phrase “I’m as good as the next man and there’s no one better than me”, and was not shy about proving himself right. Simon Farnaby’s voice was perfect for the narration, making this one of the most enjoyable books I’ve heard in many a moon,

Maurice up their with the golfing gods. We all have the wrecking shot in our game

Lovely story of a trier

I've listened to this so many times! It's a wonderful tale of someone who tried his best despite not having all the advantages a lot of others would have enjoyed. The best story I've found on Amazon/Audible so far. Thank you :)