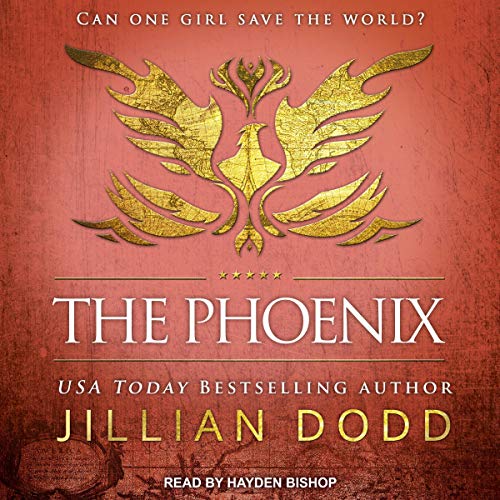 From USA Today best-selling author Jillian Dodd comes the sixth book in a sizzling series filled with action and adventure. Fans of The Selection and The Hunger Games will discover a heart-pounding thrill ride of espionage and suspense set in glittering high society.

A single sentence is muttered from the lips of an assassin dangling from a four-story building, "It starts in Montrovia."

That sentence led Black X to send a spy to protect Prince Lorenzo. And that sentence haunts Huntley as she realizes her time is running out.

When athletes from around the world descend on Montrovia for the Olympics, another group is coming together, its years of planning a new world order finally coming to fruition. A disease is released. People start dying. And, with rumors of an impending coup, the country falls into chaos.

Alliances are betrayed. Lives are lost. Loves are challenged. And hearts are turned.

Can Huntley stop what has started, or will Montrovia and the world fall?

What listeners say about The Phoenix

What in the world

What was Lorenzo the thinking the ultimate betrayal of Huntley I am devastated for her. She has to save the world but what that betrayal what will her mind be like. I want to see how this story ends but Lorenzo broke my heart.

I cannot with this series . The angst, the highs and the lowest of the lows. We need more good to offset the angsty terrible. People die, some very important people. Don't know if Lorenzo and Huntley are ever gonna get their HEA . I ALMOST docked a star, but it's so well written. you get sucked in. Very fast paced, lots of moving parts. Then a monster cliffhanger.