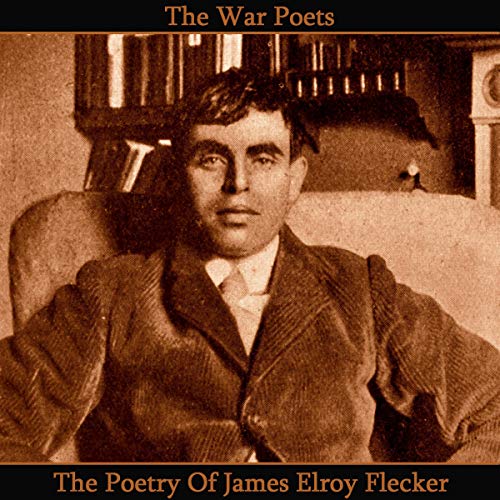 The Poetry of James Elroy Flecker

Flecker does not seem to have enjoyed academic study and achieved only a Third-Class Honours in Greats in 1906. This did not set him up for a job in either government service or the academic world.

After some frustrating forays at school teaching he attempted to join the Levant Consular Service and entered Cambridge to study for two years. After a poor first year he pushed forward in the second and achieved First-Class honours. His reward was a posting to Constantinople at the British consulate.

However, Flecker’s poetry career was making better progress, and he was beginning to garner praise for his poems including 'The Bridge of Fire'. Unfortunately, he was also showing the first symptoms of contracting tuberculosis. Bouts of ill health were to now alternate with periods of physical well-being woven with mental euphoria and creativity.

Before his early death he managed to complete several volumes of poetry, which he continually revised, together with some prose works and plays. It was a small canon of work, but on his death on 3rd January 1915, of tuberculosis, in Davos, Switzerland, he was described as 'unquestionably the greatest premature loss that English literature has suffered since the death of Keats'.

This volume comes to you from Portable Poetry, a specialised imprint from Deadtree Publishing. Our range is large and growing and covers single poets, themes and many compilations.