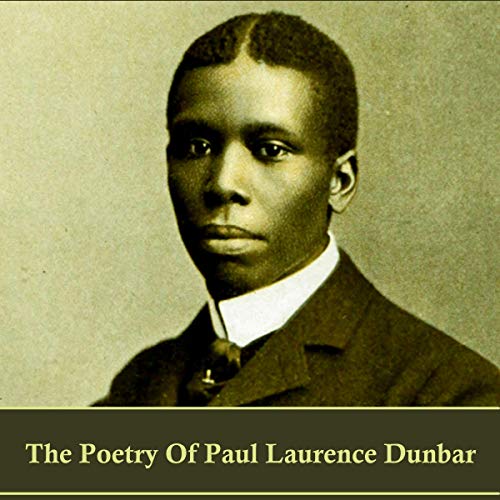 Paul Laurence Dunbar was born on 27th June 1872 in Dayton, Ohio. His parents had been slaves in Kentucky before the Civil War.

Dunbar wrote his first poem at age six and gave his first public recital at age nine. By 16, he was already published as a poet in The Herald, a local newspaper.

After completing his formal schooling in 1891, Dunbar was employed as an elevator operator, at four dollars a week. His hopes of a legal career floundered on a lack of funds and racial discrimination. However, he wrote his poetry and took every opportunity to publish. In 1892 his employers sent him to the United Brethren Publishing House which, in 1893, printed his dialect poetry, Oak and Ivy; Dunbar subsidized the printing and earned back his investment in two weeks by selling copies himself.

Dunbar also wrote the lyrics for In Dahomey, the first musical written and performed entirely by African Americans. It was produced on Broadway in 1903 and then toured England and the United States for four years.

After returning from a literary tour of United Kingdom, Dunbar married Alice Ruth Moore on 6th March 1898. She was a teacher and poet from New Orleans. Dunbar called her "the sweetest, smartest little girl I ever saw". Alice would become as famous as Paul during her life for her own literary works.

In 1900, he was diagnosed with tuberculosis, and his doctors recommended drinking whisky to alleviate his symptoms. The couple moved to Colorado, as the cold, dry mountain air was considered favorable for his health. Dunbar and Alice separated in 1902 but never divorced. But depression and declining health drove him to depend on alcohol, and his health deteriorated.

His short career was prolific; a dozen books of poetry, four books of short stories, four novels, lyrics for In Dahomey and a play. Dunbar’s essays and poems were published widely in leading journals including Harper's Weekly and The Saturday Evening Post. He was also a committed civil rights activist.

Paul Laurence Dunbar died of tuberculosis on 9th February 1906, at the age of only 33.

What listeners say about The Poetry of Paul Laurence Dunbar