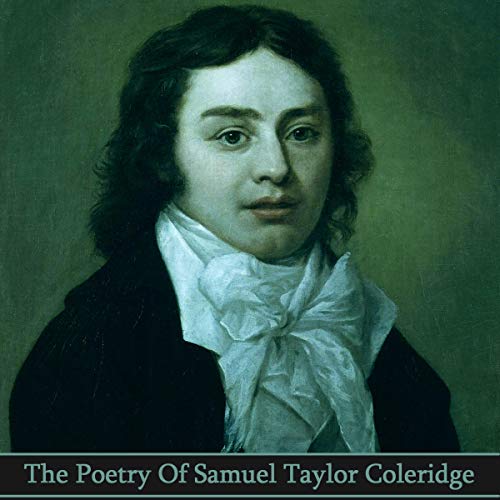 As a child he was an early and devoted reader, and after being schooled at Christ's Hospital, a charity school, he attended, from 1791, Jesus College, Cambridge, and the following year won the Browne Gold Medal for an ode on the slave trade.

He was great friends with the poet Robert Southey; indeed, they formed a plan, soon abandoned, in 1795 to found a utopian commune-like society, called Pantisocracy, in the wilds of Pennsylvania. But the same year the two friends married sisters Sarah and Edith Fricker and, of course, went on to be part of the Lake Poets movement along with Wordsworth.

In 1798, Coleridge and Wordsworth published a joint volume of poetry, Lyrical Ballads, which proved to be the starting point for the English Romantic age.

In the autumn he and Wordsworth left for a stay in Germany; Coleridge soon went his own way, immersing himself in both German philosophy and the language, which later proved invaluable for his translations.

In 1800, he returned to England and settled with his family at Keswick in the Lake District, near to where Wordsworth had moved. Soon, however, he was beset by marital problems, illnesses, a growing opium dependency, tensions with Wordsworth and a lack of confidence in his poetic powers, all of which fuelled the composition of Dejection: An Ode and an intensification of his philosophical studies. He abandoned his family to Southey's care and departed on new travels.

Between 1810 and 1820, this 'giant among dwarfs', as he was often considered, gave a series of lectures in London and Bristol. Much of Coleridge's reputation as a literary critic is founded on the lectures from the winter of 1810-11, a series on Shakespeare and Milton. Although he rarely prepared anything other than loose notes and was inclined to digress, these lectures were a huge literary event and success.

By this time Coleridge was dependent on opium, and by 1817 his solution was to live in Highgate under the watchful eye of physician James Gillman, where his dependency was somewhat controlled and his output of work could continue. These included his 23-volume Biographia Literaria, Sibylline Leaves (1817), Aids to Reflection (1825) and Church and State (1826).

He died in Highgate, London, on 25 July 1834 as a result of heart failure and a lung disorder together with the long-term effects of opium.

What listeners say about The Poetry of Samuel Taylor Coleridge