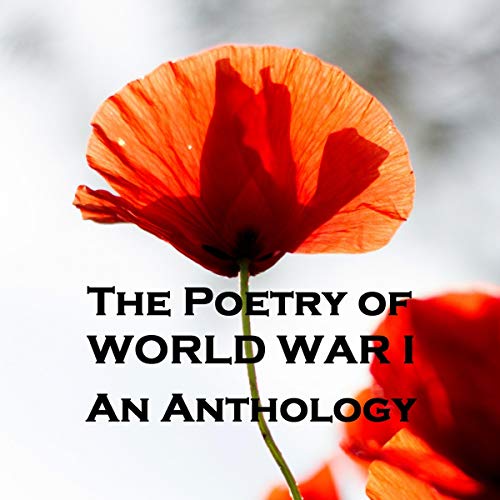 The Poetry of World War I - Volume I - An Anthology

In the war a great volume of poetry was written, produced and published in books, periodicals, newspapers or letters back to home. We often think of war as a necessity. We fight for a more just and better world. We often fail. But in our poets we gain a truth and a morality that shocks us, consoles us and holds our values to the light. In this volume we hear poems from the front, from home, from soldiers, from auxiliaries, from friend and from foe.

War and poetry seem somehow alien to each other. How can the horror and slaughter of war become any more real and terrifying, visceral and tender in the words of poets?

The Great War, World War I, the War to End All Wars, was a stain on humanity and the nations who fought in it. Millions killed or wounded for aims and principles that, for many, are difficult to accept in the modern age.

The poet as a soldier has happened throughout history but not to the level of the men in this volume. Today we are used to ‘embedded journalists’ who report direct from the front line. Here we have ‘embedded poets’ who report from the front line in a unique and inspiring way. Their words, often raw, emotional, angry, despairing yet eloquent, moving, suffused with a hope that we are all capable of more despite the futility and carnage around them. These poets, including Wilfred Owen, Rupert Brooke, John McCrae, Edward Thomas and several others, including the German Alfred Lichtenstein, lost their lives in the years of war on which they had so eloquently and intensely written. Their lost lives adding to the toll that war makes us all less whole, less worthy of attaining what we should raise ourselves to be.