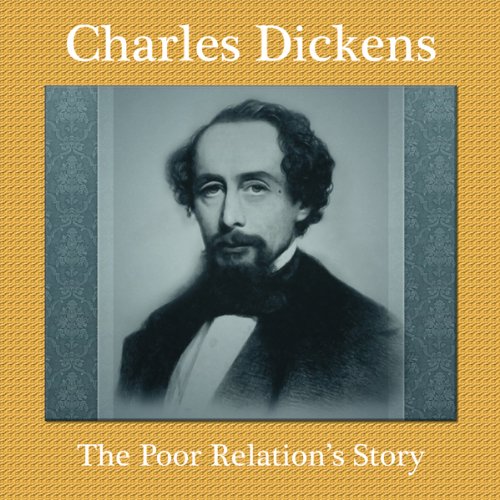 This is a Dickens Christmas story of remembrance, in the tradition of people remembering their past. In this case, the poor relation at a holiday feast given by a rich relation tells the story of his life, dominated by his being his own worst enemy through being soft and credulous as opposed to hard and sharp. The rich relation funds him in a meager amount and Michael, the poor relation, thinks he should not go first in anything, including telling stories around the Christmas fire, but is encouraged to do so.

First he tells his story of loss and betrayal. Then he tells a gloriously happy one about his castle and in the end, the rich relation makes a pointed comment and the poor relation admits it is all "in the air", implying the first story was the true one. One story reality, the other a dreamworld, both together in his life. Dickens at his poignant best. An American voice used as a narrator by listener request.

What listeners say about The Poor Relation's Story