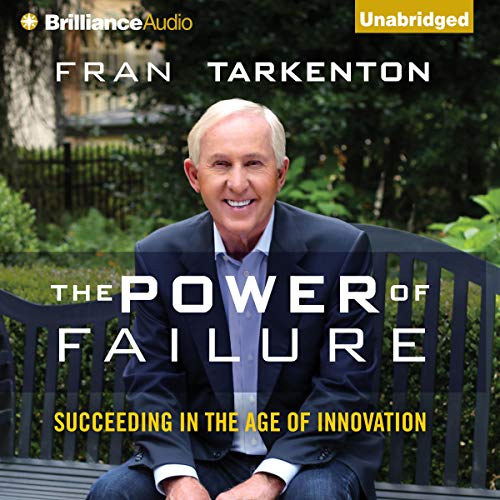 NFL Hall of Fame quarterback Fran Tarkenton is a friend of failure. In the 1970s, he brought the Minnesota Vikings to the Superbowl three times - and three times his team was crushed. The first two companies he founded both quickly folded. But by learning how to deal with defeat, Tarkenton discovered the key to success. Now 74 years old and CEO of Tarkenton Companies, Fran Tarkenton shares the most valuable lesson he learned as an athlete and entrepreneur - that failure, devastating as it is, can be an incredible gift.

What listeners say about The Power of Failure

This is a great book of about success through failure. It's all about ethical learning and overcoming. I followed the Vikings and Fran Tarkington as a boy and will continue to do so as an adult.

Good advice for life. I will teach my son mistake are for learning more about you

Failure is a cornerstone for success

I enjoyed reading this book. Fran Tarkenton shares many stories and examples from throughout his life that highlight the importance of failure as being a valuable teacher. As Fran mentions in his book: "The worst mistake you can make is to think of failure as final." Failure can be at the forefront of learning and position you for future success. There are good lessons to be gleaned from this book and I would encourage to partake of the messages Fran shares.

If you want to hear a bunch of crap about how great Fran is, this is a book for you. Just not that good at all.