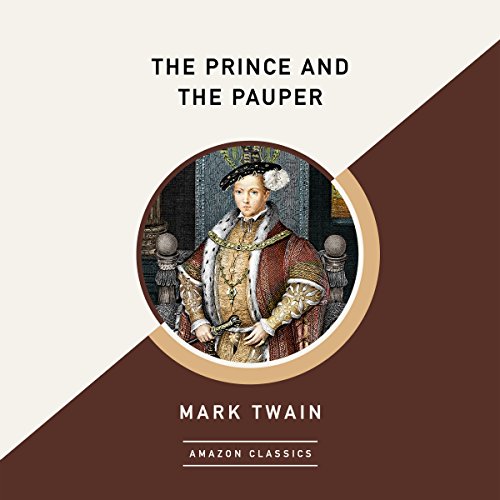 The Prince and the Pauper (AmazonClassics Edition)

Poor boy Tom Canty admires the royals who seem so far out of his reach in sixteenth-century English society, but when he meets young Prince Edward, he realizes they are very much alike. They share the same birthday and the same face. And when Edward dons Tom’s rags, and Tom slips into the royal cloak, no one can tell them apart. The wrong prince will soon be crowned king, unless Edward can produce the Great Seal of England in time to prove his right to the throne.

In The Prince and the Pauper, Mark Twain sheds satiric light on class distinctions, personal identity, and power dynamics that seem as germane today as ever before.

AmazonClassics brings you timeless works from the masters of storytelling. Ideal for anyone who wants to read a great work for the first time or rediscover an old favorite, these new editions open the door to literature’s most unforgettable characters and beloved worlds.

The Prince & the Pauper

The story is wonderful, but it became so easy to listen to with the different voices the narrator used. It was easy to know which character was speaking. He does have a British accent, so for those who are unfamiliar with the accent it may be difficult to understand. The wording is also an older type of English.

An enjoyable Mark Twain story. This is one of Twains earlier novels and not as popular as his others. Still it is worth your time. I thought the narrator caught the wonder of this book.sounding like a teenager and bringing both characters to life, Tom Canty and the prince he also caught the adults very well. I found this story very worthwhile and intriguing and recommend it to all.