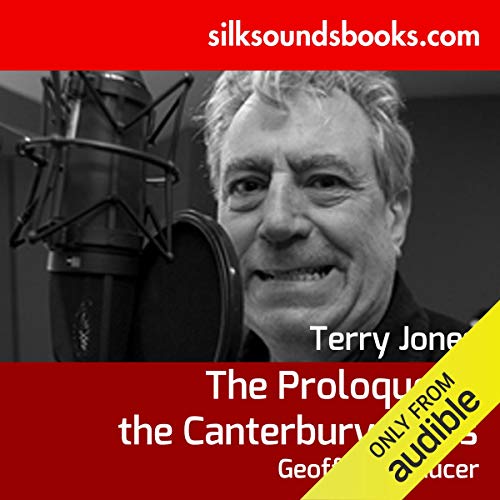 Chaucer's The Canterbury Tales is one of the most influential pieces of writing in the British literary canon. It helped to establish English, rather than Latin or Norman French, as an acceptable language for literature. It was also one of the earliest pieces of work to have story linking - what had previously been just collected writings which the author deemed interesting.

Following the model of such early masterpieces as Boccacio's Decameron, Chaucer collected several styles and types of stories together - political treatises, bawdy pub stories, courtly romances and moral tales - joining them together under the conceit of a group of pilgrims bound for Canterbury, swapping tales, somewhat competitively, in an inn in Southwark, South London.

The prologue to the tales is therefore an important piece of literature in its own right. Before The Canterbury Tales and its like, it didn’t really matter in what order you read the works collected in one volume; the first item could just as well be read last.

The prologue not only introduces all the characters you are about to meet; it also sets the scene for you, painting a picture of what has become one of the most famous of literary Aprils and linking the forthcoming stories with a series of jousting type attempts by the tellers to top each other and exact revenge for previous insults.

What listeners say about The Prologue to the Canterbury Tales

The only problem with Terry Jones' reading of the prologue to the Canterbury Tales is that it leaves you wishing he'd done it all. He reads from his own translation, stopping every once in a while to make an explanatory comment. His joy is infectious: he loves Chaucer and clearly wants everyone else to as well. Whether you've read the Tales before or you're looking for an easy intro, this is a great listen. (Jones DID record the Miller's Tale - that's next on my list.)

In Plain-speak -- There's Only One Terry Jones

There's only one Terry Jones -- and a unique, plain spoken, honorable specimen of weird humanity is he.
Leave it to TJ to reveal to us moderners those now hidden corners, wry twists and turns in Chaucer's Old English narrative as set down by Chaucer himself. The secret is in one's love for language - for promulgating humanity's wagging common tongue.
Terry Jones brings everything he touches to vibrant life -- and at once having defined that suchness he then proceeds to wring the humor and compassion out of each portrait of every man, woman, beast or child. (Not unlike a python. Wink. Wink. Nudge. Nudge.)

Narrated wonderfully by Terry Jones I laughed out load in parts. A very fine piece indeed.