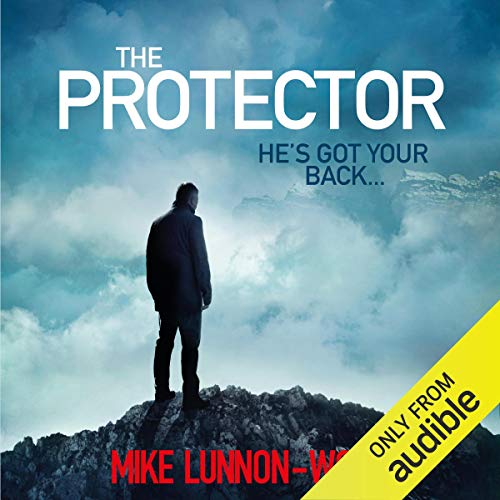 Titus Quayle was the best MI6 ever had - an operative of exceptional and lethal ability. But they burned him, abandoned him and left him for dead.

Holly Morton is the daughter of the spymaster who first recognised Quayle’s potential and the key to unlocking a global conspiracy her father died trying to bring down.

To uncover the truth, Quayle must keep her safe from the threat of a powerful enemy in a globetrotting race against time.

But to survive in a secret world of spies and assassins, kill orders and kingpins, there’s no one you’d rather have by your side than Titus Quayle....

What listeners say about The Protector

I had started to worry when I was 3 hours in and Quail had only been introduced. (Worried it was going to turn out to be all about an MI6 mole hunt)
But once it’s all set up, it settles in the more active bad-ass guy takes on the world story.

There are some interesting developments, who becomes an ally, Titus’s backstory, his relationships, some of the plot… not twists, I guess—aspects. There’s a love aspect to it I didn’t expect— but unlike some books like this, it wasn’t obligatory in theory but superfluous in reality. ( like the bond-girl, or annoying but always sexy person the hero has to save ). I felt it added to the story and characters. Gave them depth and heart. Made me care for “their” sake, not just me wanting to know what happens.

The narrator is fun. It’s like being told a story— not childrens bedtime story like some of them do. More like a campfire story, or someone acting out a scene. Sometimes a bit incongruous with action scenes, but I didn’t mind. His voices are excellent. Different accents as they travelled around the world. Differentiating voices, including a distinct voice and pacing for narration vs voices. It was fun to listen to. He hooked me.

Written differently or possibly with different narrator I might have gotten impatient… but I didn’t. It’s a very Rich book, as in layers and details. Excessive scene or supporting character details , wanting him to get to the exciting stuff. But again, I didn’t. More like I settled in and surrendered to the story. Ok Titus/John- you win. Set the scene, paint me a picture—I’m in for the ride.

Hard to put down

Loved it, was really hard to do anything around the house, just wanted to listen. The guessing game was on. The narrator was awesome, nothing mundane about the story of the narrator . Highly recommend

I listen to a lot of audiobooks, everything from Stephen Leather to Mark Dawson.
This is one of the best books I’ve ever had the privilege of listening to.
Superb story and characters that stay with you.
Enjoy!

I’m shocked how rubbish this was

It starts off slow and complex, but thought I would give benefit of doubt to see if it got going...,, another long complex chapter filed with complete and descriptions that were so unnecessary ...., oh my it got worse absolute rubbish made to chapter 11 of 13 couldn’t carry on no more .. yep long and laborious . Nothing high octane, no pulse stopping adrenaline moments, no gasps of twists, nothing just a long painful monotone from the narrator. Not sure if he was trying to make the best of a bad situation- as in that many characters he was running out of dialect etc . Absolute garbage 🗑 if I could give no stars I would have 😂

This is up to Mike Lennon-Wood’s usual very high standard and very well narrated. Highly recommended.

I nearly gave up on this one. It started off rather like a very dated 60’s spy novel but ended up as a very entertaining boys own adventure. Glad I didn’t return it. Was quite fun in the end!

The audiobook was released quite recently but the story itself is dated. Having just finished a couple of Frederick Forsyths from the pre-mobile phone era, this fits right in there.
There is quite a lot of the same casual sexism too, more’s the pity.

A roller coaster ride of erudite prose, enhanced by John Telfer’s excellent narration.
Didn’t want this one to end.

Great story with intrigue and action

A very smart story. If you enjoyed the other books you’ll like this too. Many thanks.

Most enjoyable read.
Have not read a spy type book for years.
Titus does not compromise much and should not be messed with.