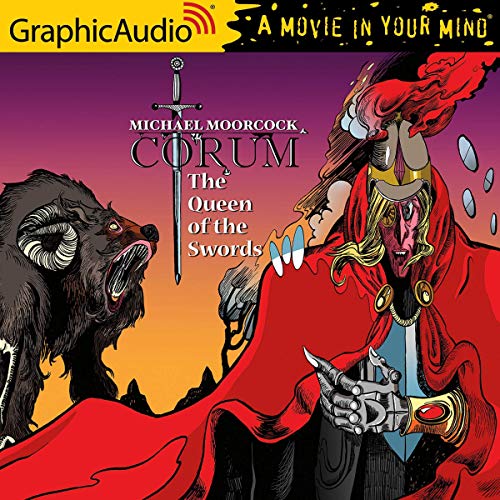 Prince Corum has defeated the Chaos Lord Arioch. But any peace for him and his faithful Rhalina is brief. His actions have evoked the murderous anger of Arioch’s sister, the dreaded Xiombarg.

The Prince in the Scarlet Robe must continue his odyssey, face the terror of the Mabden armies, and challenge the might of the Queen of the Swords. Faced with immense powers of evil on all sides, only the legendary City of the Pyramid offers a glimmer of hope. But Corum must get there first, and along the way he will encounter horrifying creatures, strange forms of sorcery, and new planes of existence.

What listeners say about The Queen of the Swords [Dramatized Adaptation]