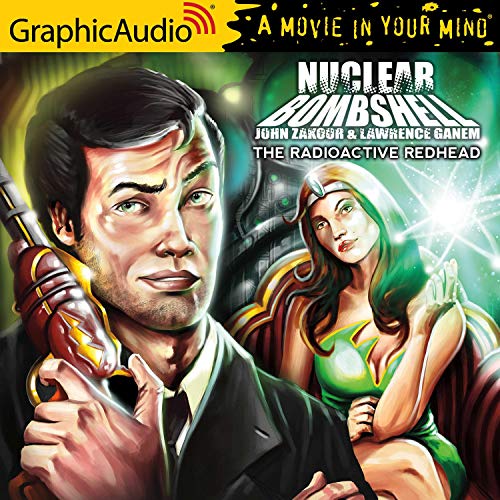 It is the year 2057, and the last freelance private detective, partnered with an experimental AI named Harv, has a new case to solve involving androids, future tech wizards, out-of-control artificial intelligences, and futuristic mayhem.

With danger dodging his heels at every turn, Private Investigator Zachary Nixon Johnson, while protecting Sexy Sprockets, a talentless redheaded teen media superstar, from terrorists, finds himself at the mercy of three psionic, superhuman dominatrices bent on world domination.

What listeners say about The Radioactive Redhead [Dramatized Adaptation]

once you start, you can't stop. just go and enjoy the series! enjoy this roller coaster ride of Zachary Nixon Johnson!

My favorite story YET