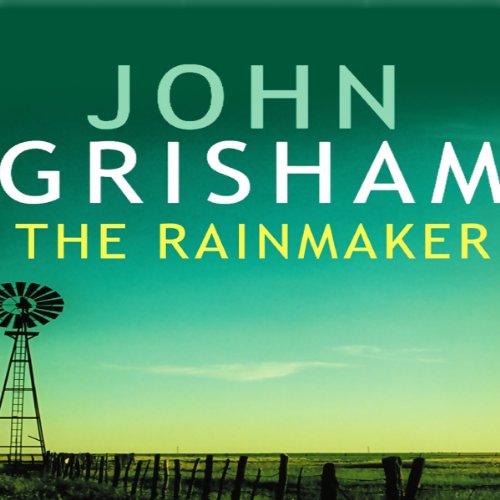 Winner of the British Book Awards, Lifetime Achievement Award, 2007.
Rudy Baker's world collapses when the law firm he was due to join is taken over. Suddenly, just before his bar examination, he is without employment and up to his neck in debt. His whole future hinges on his only two prospective clients.

One is an eccentric old lady who claims to have a twenty million dollar fortune and wants a new will drafted. The other is a case against an insurance company who has denied a claim involving a young man dying of leukaemia. Donny Ray Black might have been saved if Great Benefit had paid out months ago, but now he has no hope. Both he and his mother want to bring Great Benefit to its knees and they choose Rudy, even though he has never argued a case in court.

But this case is only the tip of the iceberg: there are hundreds of similar claims popping up all over the US. Soon Rudy finds himself facing the very legal firm whose takeover cost him his job, in a trial which threatens to blow the lid off one of the biggest cases of corporate fraud in America history. He is one young man against a battery of million dollar lawyers, and his opponents will do anything to stop him.

What listeners say about The Rainmaker

loved it! one of the best John grisham books! the storyline is very interesting and gripping

this wasn't a bad story but seemed to tick along rather than grab me with twists and turns. All a bit predictable really. OK to listen to on the bike.

The story was really good but there was a lot of back ground music which was off putting it made it difficult to concentrate on the story. If the music was took off id give it a 5 *. Apart from that i really enjoyed it.

This is a good well written story that hold you until the end. The reader, Micheal Beck, is clear and presents the characters well.
One major problem, though, the producers have decided to introduce music at the start of each chapter and whilst the music is playing the reader tries to read over the music. A very bad move!