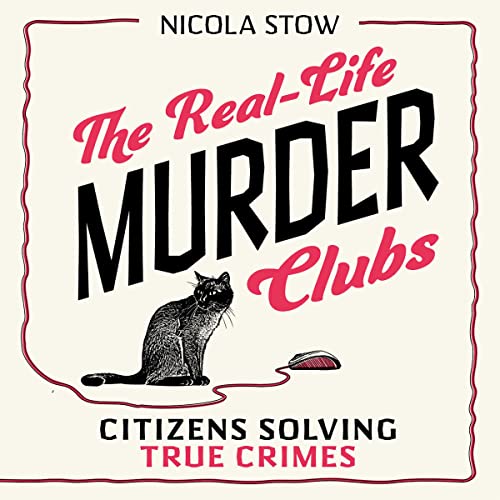 What happens when ordinary people, in real-life murder clubs, set out to investigate crimes, both recent and cold cases?

The Netflix hit Don’t F--k with Cats was based on the 2012 Montreal murder of thirty-three-year-old Lin Jun by his porn-star boyfriend, Luka Magnotta. Previously Magnotta had anonymously posted videos of himself killing kittens. This spurred horrified Facebook sleuths into working tirelessly to uncover his identity and location.

Sometimes citizen sleuthing goes wrong, though, with innocent people being targeted, or accused of crimes they haven’t committed, with tragic results.

The real-life version of Richard Osman’s The Thursday Murder Club is grittier, with intrepid amateur investigators delving into truly gruesome unsolved crimes in pursuit of justice.

What listeners say about The Real-Life Murder Clubs

Heard it all before.

Firstly, the narrator is so dry it’s very difficult to pay attention.
Secondly, the author has chosen to re-write well known podcasts, tv series, movies and books rather than sharing more unknown examples of ‘citizen sleuthing’. Unless you’ve lived under a rock, you will already be familiar with all the cases written about. I wouldn’t recommend this book to anyone. Save your money and listen to the podcasts.