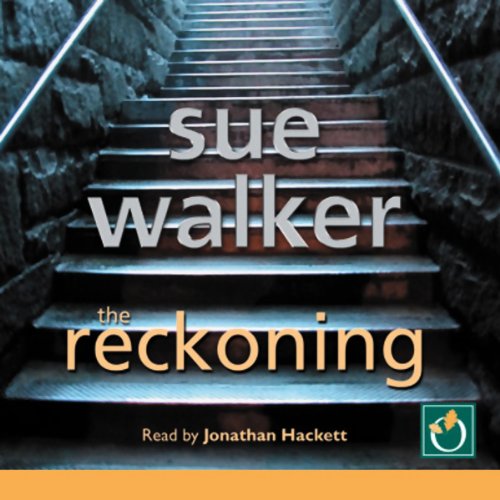 In June 1973 the bodies of three missing teenagers were found on the tiny Scottish island of Fidra. And when his father is arrested for the murders, 11-year-old Miller McAllister's life fell apart. 32 years later, Douglas Mcallister has died in prison and Miller returns home after decades of self-imposed exile. Because, though the rest of his family prostested Douglas' innocence, Miller always maintained his guilt. But when Miller is given a letter his father wrote to him before his death, suddenly everything looks less clear. Could Douglas have been innocent after all? And if he didn't kill the girls... who did?
©2005 Sue Walker (P)2006 Oakhill Publishing Ltd

"Walker pulls out all the stops in this terrific story. She ratchets up the tension, keeps the clues deftly hidden, and keeps the reader glued to the page." (The Globe and Mail

This is very good story of a family split by the tragic murders or three children, which is so full of atmosphere that I can see the island at its centre and almost smell the salt in the air. I also thought the reader was exactly right for the book.

Of my many audible downloads so far, this has to be my favourite. An excellent who-done-it but a novel in it's own right. Sue Walker is an author to watch.

This is the best audible book I have listened to. Brillient atmosphere and compelling listening. I would definately recommend to anyone who enjoys a good thriller.

A long but engrossing book

Written by an author I've never heard of: I was not disappointed. Slowly but surely I was gripped by this excellently read story. It's a long book but it never flags. Knowing the locations where the narrative is set?the north and south sides of the Firth of Forth, including Edinburgh?made it all seem more real for me. The search for the truth, over who carried out a series of brutal murders, involves the listener not only in issues of justice and the robustness of evidence, but also in the effects of crime on the families and friends of victims and as well as those of the perpetrator.

This story was really addictive!

I just thought that this is a story that could have happened to any family!!! It is a wonderful journey through the 1970s. Throughout this story, I kept asking myself, what if that had happened to me and my father.

It is a truly realistic journey to the reader that takes you to the depths of a serial killer.

Could have listened forever

Touching story,average plot and predictable end. However it was easy to relate to the charactors who gripped one's attention. This recording becomes a must due to its narrator, could quite easily listen to Johnathan Hacket reading the dictionary

I am a taxi driver and play my Audible books when driving. I always know when I have a good book by my customers conversation or lack of. The better the book the less conversation and The Reckoning has been the best yet. I even had a few sniffles from one women when she was listening to the letter from Millers father. Great book Great listen. I believe the author has another book out that is also set in Scotland hopefully Audible will get this.

Impressed by the other reviews I chose this book not knowing a thing about it - so glad I did. Walker gives us a wonderfully atmospheric setting, fascinating characters and a great story that intrigues till the end - just couldn't stop listening! Wonderfully read also. More Walker books please.

I unfortunately figured out 'who done it' in the first hour, but that didn't stop me enjoying the rest of the book.
It's well written and well read, although it took me a little while to get used to Jonathan Hackett's accent!
I'd definitely listen to a Sue Walker book again.

I give this a five-star rating as one of the most gripping stories I have read, for a long time. Normally I try to ration myself to just an hour a day, to make my book last longer, but from start to finish I listened to this over only two days!