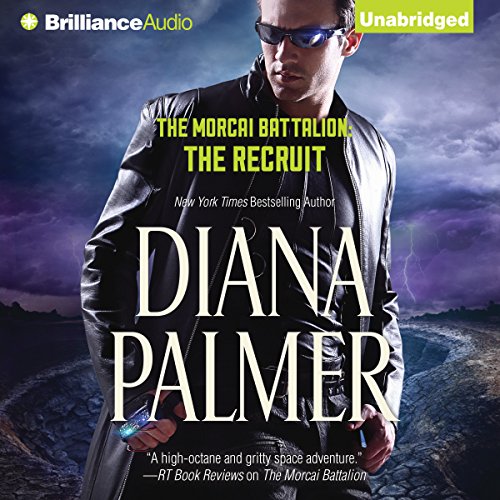 Three years after the unprovoked attack on a peaceful colony, the war between the Rojok dynasty and the Tri-Galaxy Fleet rages on. Born of that war is the Morcai Battalion, a fleet comprised of Centaurians and humans - the first collaboration of its kind and a step toward an intergalactic alliance. But the fragile union is tested as their courageous commander in chief, Dtimun, is faced with the temptation of the forbidden - and human - Dr. Madeline Ruszel.

A combat surgeon, Ruszel is aware of the danger of inciting a Centaurian's interest, even if he is the most intriguing of men. Besides putting their mission at risk, personal relations between their kinds are still outlawed. But a prophecy that touches on both their lives and the future of all alien nations hints that a greater unity may be theirs for the taking… if they, and their crew, survive in the battle for peace.

Love this series and the narrator!

Todd McLaren does a great job narrating this book and making the story come to life.

I enjoyed the interplay between Dtimun and Madeline. Their growing feelings for each other combined with the impossibility of any relationship makes the story poignant. The ending sets up the next book and answers some questions at the same time.

He does a great job with all of the voices. His Dtimun is spot on and he even does well with the female voices. I always enjoy the books he narrates.

I enjoyed it and found it to be a fun read.

I can't wait for the third book! It's been a long wait!

Great Book, Only Half the Story

I'm really pleased that I didn't read this when it first came out because it is only half the story. It is a really well told story, but you need to start the third book immediately. This one stops quite abruptly.

Great story, the narrator stays on track through the series. I wish the last book as in audio, it old be great.

Absolutely a fantastic read. Totally worth a credit. Can't wait for the third installment. The story left on almost a cliff hanger, which wasn't expecting. This series is not Diana Palmers usual style but it has her flair for story and romance.