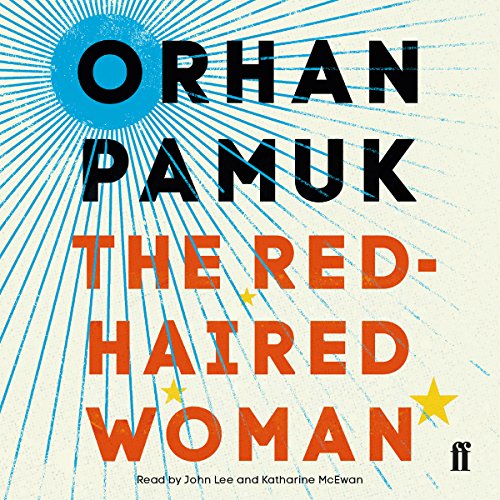 From the Nobel Prize winner and best-selling author of Snow and My Name Is Red, a fable of fathers and sons and the desires that come between them.

On the outskirts of a town 30 miles from Istanbul, a master well digger and his young apprentice are hired to find water on a barren plain. As they struggle in the summer heat, excavating metre by metre, the two will develop a filial bond neither has known before - not the poor middle-aged bachelor nor the middle-class boy whose father disappeared after being arrested for politically subversive activities. The pair will come to depend on each other and exchange stories reflecting disparate views of the world.

But in the nearby town, where they buy provisions and take their evening break, the boy will find an irresistible diversion. The red-haired woman, an alluring member of a travelling theatre company, catches his eye and seems as fascinated by him as he is by her. The young man's wildest dream will be realised, but, when in his distraction a horrible accident befalls the well digger, the boy will flee, returning to Istanbul. Only years later will he discover whether he was in fact responsible for his master's death and who the redheaded enchantress was.

Orhan Pamuk won the Nobel Prize in Literature in 2006. His novel My Name is Red won the 2003 IMPAC Dublin Literary Award. His most recent novel, A Strangeness in My Mind, was an international best seller and was shortlisted for the Man Booker International. His work has been translated into more than 60 languages.

What listeners say about The Red-Haired Woman

The Red Haired Woman by Orhan Pamuk confirmed once more why he is a world class author of note. Not wanting to give the plot away, I can only say it is a book worth listening to.

Pamuk writes again about the theme of Love and Mentorship. Not such a great book. there's no magic here. only leftovers used by pamuk to spin another book.

This is my first Pamuk. I’m quite frugal with reviews so please take 3 stars to mean that it is a good read. The only thing that does not cause me to give it any more stars is that I did not find in this story anything particularly unforgettable or life alteringly beautiful writing.

That being said, Pamuk writes with an effortlessly buttery flow. He skilfully weaves layers into most of the characters which I did find connective during my read. It is the mark of a good writer to be able to evoke emotions of pity or anger on behalf of characters. Pamuk is certainly amply capable in that regard. I particularly loved the way the book changed pace halfway through. Up until chapter 21 (out of 45 chapters), we follow Cem, a boy of 16 from Besiktas in istanbul. He takes an apprenticeship with a well digger in a nearby village and for a month we follow this journey. The pace at which the first half is delivered gives the reader the ability to develop some sympathy for the young man without a father figure. His father had abandoned them for political activism and he starts to feel very strongly towards Master Mahmut as being a replacement father figure for him. Halfway through the pace of the story alters by way of an event (no spoilers don’t worry!) and then we whizz through 30 years in the second half of the book. The story is tied in with two ancient tales. One belonging to Ferdowsi’s Shahnameh, the tale of Sohrab and Rustum (where the father, Rustum kills the son). The second story belonging to Greek mythology, the tale of Oedipus. Both stories contain the example of filicidepatricide and