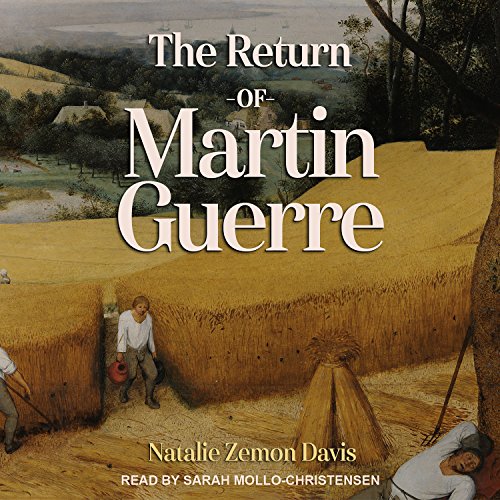 The Inventive Peasant Arnaud du Tilh had almost persuaded the learned judges at the Parlement of Toulouse, when on a summer's day in 1560 a man swaggered into the court on a wooden leg, denounced Arnaud, and reestablished his claim to the identity, property, and wife of Martin Guerre.

The astonishing case captured the imagination of the Continent. Natalie Zemon Davis reconstructs the lives of ordinary people, in a sparkling way that reveals the hidden attachments and sensibilities of nonliterate 16th-century villagers.

We learn what happens when common people get involved in the workings of the criminal courts in the ancient regime, and how judges struggle to decide who a man was in the days before fingerprints and photographs. We sense the secret affinity between the eloquent men of law and the honey-tongued village impostor, a rare identification across class lines.

Deftly written to please both the general public and specialists, The Return of Martin Guerre will interest those who want to know more about ordinary families and especially women of the past, and about the creation of literary legends. It is a remarkable psychological narrative about where self-fashioning stops and lying begins.

What listeners say about The Return of Martin Guerre