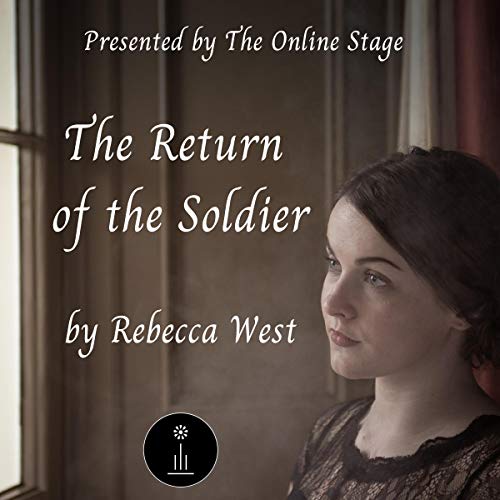 The Return of the Soldier is the debut novel of English novelist Rebecca West, first published in 1918. The novel recounts the return of the shell shocked Captain Chris Baldry from the trenches of the First World War from the perspective of his cousin Jenny.

In 1916, Chris returns home from a French hospital to his country estate just outside London. The nature of his injuries at the front has caused him to suffer from amnesia. Awaiting him at home are his devoted wife, whom he does not remember, and his cousin, Jenny, whom he remembers only as a childhood friend. For Chris, the last 15 years have not happened and he believes himself still in love with a woman named Margaret, the poor innkeeper's daughter he courted many years before.

These three women, who have helped to shape his life, must decide whether to leave him to languish in a safe, dreamy past, or to compel his recovery and, thus, a return to the trenches and the horrors of war.

What listeners say about The Return of the Soldier