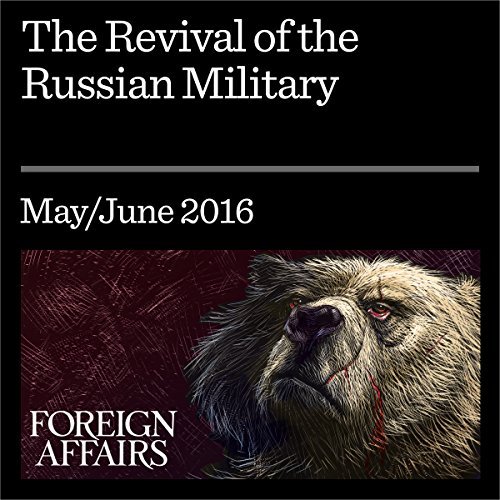 The Revival of the Russian Military

After the collapse of the Soviet Union, the Russian military rotted away. In one of the most dramatic campaigns of peacetime demilitarization in world history, from 1988 to 1994, Moscow’s armed forces shrank from five mil-lion to one million personnel. As the Kremlin’s defense expenditures plunged from around $246 billion in 1988 to $14 billion in 1994, according to the Stockholm International Peace Research Institute, the government with-drew some 700,000 servicemen from Afghanistan, Germany, Mongolia, and eastern Europe. So much had the prestige of the military profession evaporated during the 1990s that when the nuclear submarine Kursk sank in the Barents Sea in 2000, its captain was earning the equivalent of $200 per month.

"The Revival of the Russian Military" is from the May/June 2016 issue of Foreign Affairs.