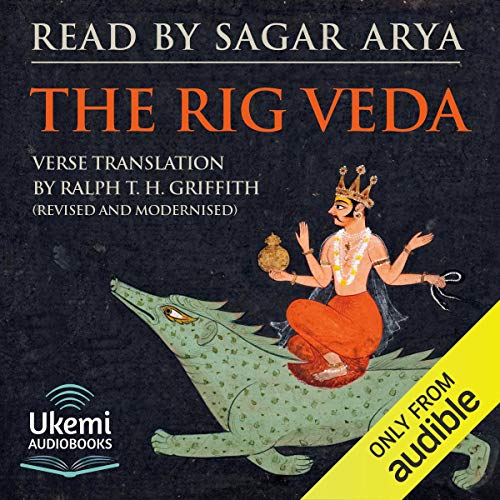 Often appearing as Ṛgveda, the oldest of the four sacred books linked to Hinduism, it was composed in an ancient form of Sanskrit about 1500 BCE. The Rig Veda (Sanskrit: The Knowledge of Verses) was preserved in secrecy by ancient clans, initially orally, before it was written down about 300 BCE.

These 1028 poems, grouped as 10 ‘Circles’ (mandalas), have variously been called hymns, poems or songs by Sanskrit scholars. The Rik (so pronounced by the ancient Angirases clans, or Seer-Priest families) was an experiment with sound. The emphasis is always on sounding the words perfectly. The focus tends to be on the ideas rather than on the authors in Vedic literature, they are largely religious in nature, reflecting the world view and spiritual preoccupations of ancient India.

Like the Homeric epics, portions were composed during different periods in the north-western region of present-day India and Pakistan. That any of these verses have entered modern day usage is in itself extraordinary. No Hindu wedding is performed without reference to the Suryasukta, the model marriage of the Sun to the daughter of the Moon (Book 10, hymn 85). In India today certain surnames denote whether a family has a Vedic link, Dwivedi (knowledge of two vedas) Trivedi (three), Chaturvedi (four) among other Vedic linked ancestral roots. Very, very few had open access to this the Secret most Magical Veda.

The writers or composers of the Vedic verses were essentially storytellers. Once they had told their stories enough times they began to believe in the mythology they had woven to explain the vagaries of the universe. The sudden flood, the torrential downpour, the landslides that killed life-giving cattle and the forest fires that consumed all it touched, the quaking earth or sudden drought, all of which disarrayed an agrarian community. In comparison with other ancient belief systems the magical practice contained herein link with the Judaic tradition. A social order is seen evolving its supremacy with ritual practice. A strong priestly bias exists as the Seer-Priests monopolised transmitting them.

This present translation is based on the first poetic version in the English language by Ralph T. Griffith (1896) and revised and modernised for this Ukemi recording. The more explicitly worded verses (avoided by Griffith!) have been newly translated by Anwesha Arya to make this Rig Veda complete, as it was meant to be chanted and heard. Translator Anwesha Arya comes from within the tradition of Rgvedic priests. Sagar Arya reads expertly, responding to the varying character of the verses and observing, in spirit, the ritual background of The Rig Veda.

What listeners say about The Rig Veda

didnt like the narrator, irritating and makes you forget you are listening to rig Veda. Don't recommend

The translation of the Veda to English has been very literal and meaningless in most chapters. Also the narration of it in English with a fake Vedic tone makes it even more bad. If you want to understand Rig Veda, then definitely this is not the book.

ONLY LISTEN ON GOOD SPEAKERS
As stated in the description, these are hymns, poems, and songs, so in an effort to stay true to the spirit of the text, the narrator's volume changes dramatically. While it's fairly annoying to either not be able to hear certain lines or have them far too loud, the most annoying quality is that the narrator is so close to the mic that, if you listen on mediocre speakers, every "s" sound makes a violent, canny hiss.

BRING YOUR BRAIN
*Disclosure: American listening to an Indian actor speaking British English.*
The enunciation is challenging and the content is rich, so passive listening isn't really an option. While the narrator seems to flawlessly pronounce proper names and Sanskrit words, key English words are a bit harder to discern. It's generally a non-issue, but every so often there are multiple English words that could fit what was said, based on context.

Was the only rig Veda.

I would like to see audible give more translated options for Vedic text such as these.

Great narration of the ancient Rig Veda in English

Narrator was fantastic, it was a beautiful reading. this was a great way to explore the ancient texts.

like a continuous help center.... could not take it. hard to get into it. boring

I wish the narrator had a different approach

This edition is almost unlistenable. The narrator changes the speed with which he reads, so it makes it impossible to listen to if you change the speed. Every sentence is with the same intonation and there's pauses after each one.