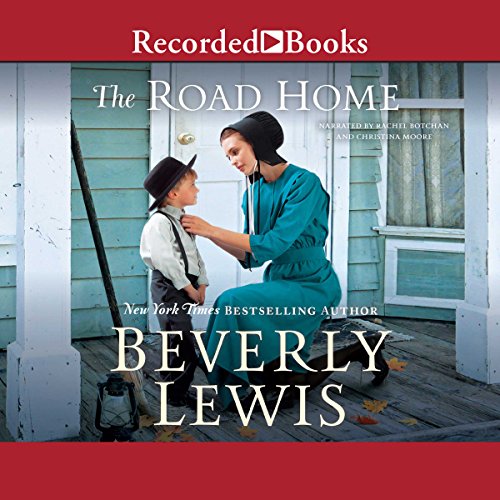 Sent from Michigan to Pennsylvania, Lena Rose Schwartz grieves the death of her Amish parents and the separation from her siblings. But life in Lancaster County won't be forever. Once her beau proposes, she will return to her family. However, she soon discovers that Lancaster holds charms of its own. Is she willing to open her heart to new possibilities?

Lena Rose Schwartz hadn't planned to leave her Old Order community in Centerville, Michigan. But then, she could not have foreseen the accident that made her and her siblings orphans. After her parents' funeral, her younger brothers and sisters are farmed out to various nearby relatives. But when the deacon in charge of the arrangements tells her there aren't places enough for everyone, she agrees to go live with her father's second cousin and his family in Lancaster County, Pennsylvania.

Beside the fact that Lena has never been more than a few miles from home, she's never met the family she will now be living with. But worse than that is the thought of being separated from her siblings. How will they manage without her to care for them - especially eight-year-old Chris? And what about Hannes Lehman, the beau she was sure would soon be asking her to marry him? It was true that he was not the man her father would have preferred for her. Maybe that was what the deacon was hinting at when he said "a fresh start might do you good".

It won't be forever, she consoles herself. I'll come back as soon as I can to take care of my family - and to make a home with Hannes. But doing so may prove far more complicated than she ever imagined.

What listeners say about The Road Home

Gripping story. Sad at the beginning as the lead character struggled with the loss of her family, but as the story progressed, God's hand can be seen working it all out for the good. A good listen!

I have read many of Beverly Lewis’ books and have enjoyed them all thoroughly. I chose to buy this one on Audible and I am not sure if I would do it again. Either this book was not as good as the previous ones or something was lost in the reading thereof. I can’t fault the performances per se, but this book was definitely not in the same league as the previous ones I have read. The story in itself was endearing, starting with Lena Rose losing her parents and being torn away from all that is familiar. She bears her suffering and trials remarkably well for someone who has lost so much. The story proceeds rather slow and steady until through a series of events, she is able to return home. I missed the usual description of the characters. Not sure if it was just because I didn’t pick it up in the listening. I only recall a few brief descriptions of Arden as well as of her uncle. I kept wondering what Lena actually looks like. The story ends beautifully with a happy ending. If you want an easy story to listen to, then this will be a great choice.

Another fine book by Beverly Lewis. A wonderful story with a big unexpected twist. I know you will enjoy this story.

Amish story of ten siblings who are separated after the deaths of their parents, and the journey it took to be reunited.

This book didn’t grab me the way all the others have that I have read from Beverly Lewis. It’s a nice story. A little slow going. But not bad.

Couldn’t wait to finish it

The book just never drew me into the story. Seemed superficial. Unfortunately, this was the first Beverly Lewis book for me. I may give her another try sometime.

great read, not my favorite beverly lewis but is a good clean read. she makes you want to vacation with an amish family.

Beautiful book! You won’t be disappointed . Pure love, heart wrenching, and laughter all in one .

I thoroughly enjoyed this book. I do have to admit a bias though.....I own ALL of her books. The only thing i didn't enjoy so much was the narrator. This was my first Audible book of Beverly's. I was not thrilled with the narrator's interpretation of characters. Otherwise, the story flowed beautifully!!

a great story to listen to, has all the feeling that goes with hearing a book

This is a story with heart - beautifully written to capture your imagination and warm your heart.