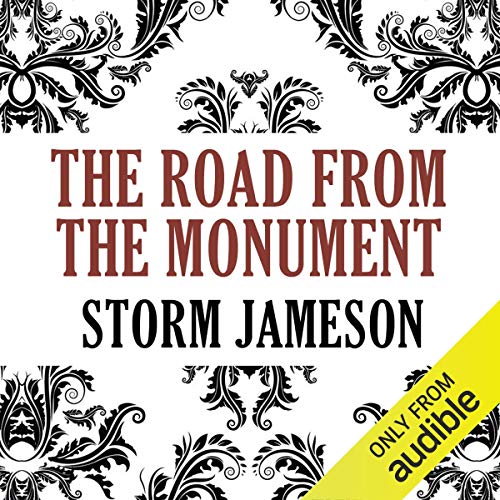 The Road from the Monument

Storm Jameson's fine audiobook tells the story of two men, their beginnings, ambitions, wives, failures, successes. Gregory Mott is seen at first solely through the eyes of other people: the old man who taught him when he was a child; his aristocratic wife; his oldest friend, Lambert Corry; and Harriet Ellis, at one time his mistress and still his close friend. He is a religious man, a writer whose Anglican beliefs have had considerable influence. For the past ten years he has been a successful Director of the Rutley Institute of Arts. What man could be happier or more secure? But suppose such a man makes an error, social or moral - and makes the further blunder of denying it? During a journey abroad this happens. Afterwards, in London, truth eats its way into his life through the defences of fear, vanity, self-deception, egoism. Friends, and his religious assurance itself, fail him, and step by step he is driven to look at himself in the clearest bearable light. The other man, Lambert Corry, makes no errors. And, though at one moment he runs some risk of recognising himself, his prudence and agility save him from this danger. Apart from the journey through France and the scene in a pilgrimage village in Switzerland, the action takes place in London, much of it in Mott's house on the north side of Hyde Park. The view from this house, seen at different times of day or night, at different seasons, forms the background for a novel which is both a social comedy and the account of one man's unwilling discovery of himself.

Storm Jameson (1891- 1986) born to a North Yorkshire family of shipbuilders. Jameson's fiery mother, who bore three girls, encouraged Storm (christened Margaret Storm) to pursue an academic education. After being taught privately and at Scarborough municipal school she won one of three county scholarships which enabled her to read English Literature at Leeds University. She then went on to complete an MA in European Drama at King's College London. During her career Jameson wrote forty-five novels, numerous pamphlets, essays, and reviews, in an effort to make money. Her personal life suffered, and her first marriage to schoolmaster Charles Douglas Clarke was an unhappy one. After they divorced in 1925, Jameson went on to marry Guy Chapman, a fellow author, and remained with him despite her apparent rejection of normal domestic life. Storm Jameson was always politically active, helping to publish a Marxist journal in the British section of the International Union of Revolutionary Writers in 1934 and attending anti-fascist rallies.