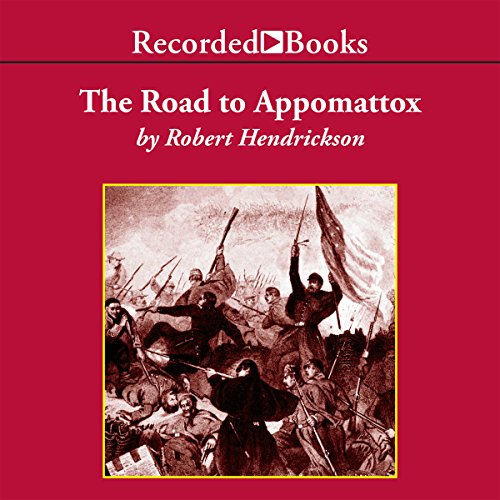 Noted historian Robert Hendrickson has written more than 40 books and has earned critical acclaim for his meticulous historical research and highly accessible style. In The Road to Appomattox, by weaving together passages from diaries, military reports, and newspapers, Hendrickson creates a vivid, firsthand account of the final year of the Civil War. Putting down their arms and flags, Lee's Confederate troops made a formal surrender at Appomattox on April 12, 1865. Leading up to that day, however, was a wide path of bloody battles that ultimately claimed the lives of one out of every 50 Americans. Bringing the Civil War to an end required extraordinary logic from Generals Grant, Sherman Sheridan, Lee, and others. Join Robert Hendrickson as he traces the military strategies and engagements that preceded that grey morning at Appomattox. As you walk beside both Northern and Southern fighting men and officers, their voices will ring in your ears.

What listeners say about The Road to Appomattox