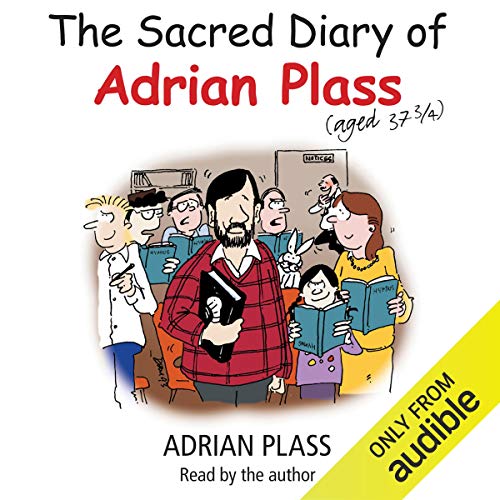 The Sacred Diary of Adrian Plass (Aged 37 3/4) began its public life in Christian Family Magazine, progressed to live performances at Christian holiday weeks and has grown to a best-selling book which will leave listeners helpless with laughter yet moved by the genuine affection which holds together Adrian, his family, and his assorted fellow-believers. The Diary is a must for anyone who has ever thought that some of the things we do and say as Christians are faintly ridiculous.
©1987 Adrian Plass (P)2014 Audible, Inc.

The book itself is extremely recommendable. The audio book, read by the author, definitely is even an extra treat: the authentic pronunciation, accentuation, and love certainly no one else could possibly adapt.

Five stars are not nearly enough!

If you grew up in a church influenced by renewal this is for you! So true! Really laughed whilst listening to this!

Everything about this book is brilliant. As well as being hugely entertaining, it makes you see your life, your faith & your values in a different light. I loved all the characters, they are so easy to identify with, & I laughed all the way through this book from beginning to the end. I think we've all got an "Adrian" & a "Mrs Flushpool" in our life. More please Mr Plass.

Could relate to Adrian's wealth of different thoughts and feelings. Helpful ideas regarding how to peacefully resolve difficult situations within the family. Inspiring also because of how Adrian mixes with many different people with varying personalities in church. Well done!

Adrian Plass is a really good writer and narrator. I really enjoy his books. Recormemdible

Funny, relaxing and a joy to listen too.

A great listen! Bought to life by the writer as he reads it the way he intended it to be read.

The musings that happen are not too dissimilar to everyday life so you get a real sense of connection to the Character as you are brought into his family. I even found myself laughing at myself through the character, by realising that we all have similar thoughts, saying similar things, mostly putting my foot in it.

A book that can be enjoyed by everyone, especially those that are interested in finding out about Christian life.

No one makes you feel better about being an ok Christian than Adrian Plass. Thank you!!

funny, thoughtful, humbling. brilliantly read. thank you! great to read with friends or by yourself in the car.