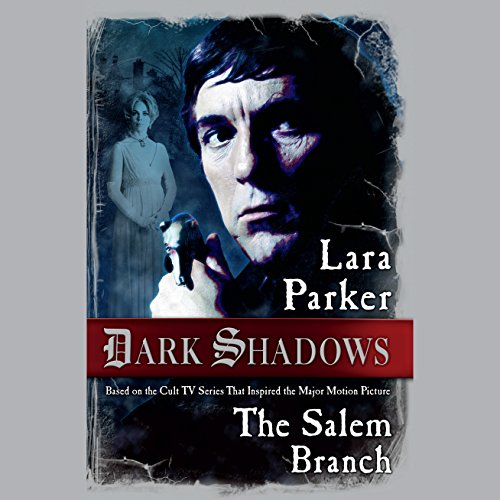 In The Salem Branch, Barnabas Collins, the vampire hero of the series, has recently become a human again through the efforts of his devoted descendent, Dr. Julia Hoffman, and is living in current-day Collinsport, Maine, trying to adjust to normal life. Although engaged to marry Dr. Hoffman, he falls in love with a mysterious woman named Antoinette who has bought the ruins of "the old house" on the Collins estate and is restoring it while living with a band of hippies in the woods. Antoinette settled in the area because her daughter is being treated in a nearby mental hospital. Her daughter suffers from flashbacks to her previous incarnation as Miranda du Val, who was burned as a witch in the Salem witch trials. One of the judges who condemned her to death was a Collins - Barnabas' ancestor. Barnabas is desperate to win Antoinette's love and to protect her and her daughter from the new vampire that he suspects is attacking the inhabitants of Collinsport.

this was just as good as the first. Great plot and a twist. Looking forward to listening to the next one in the series! 👍

Supernatural romance of the highest order!

As a one of the many kids 'who ran home from school to watch "Dark Shadows",' I was initially hesitant to make the multi-hour commitment of listening to this book. But I am so very glad that I did! Actress Lara Parker (best known as glamorous witch Angelique in the original series) has proven herself a formidable writer in her own right. Prior to this work, I had listened to the abridged version of her novel 'Angelique's Descent' produced as an audio-drama by Big Finish Productions. Truly impressed by that experience, I dove into 'The Salem Branch,' next in Parker's series of 'Dark Shadows' related novels. In a word, this book is extraordinary. Parker powers as a storyteller are considerable and her way with prose remarkable. While a reader new to the 'Dark Shadows' universe can thoroughly enjoy the experience, those familiar with the beloved characters it includes will find their dimensions deeply enhanced. And the bonus of Ms. Parker doing honors as the reader is the delicious icing on this diabolically poignant feast. Not to be missed!