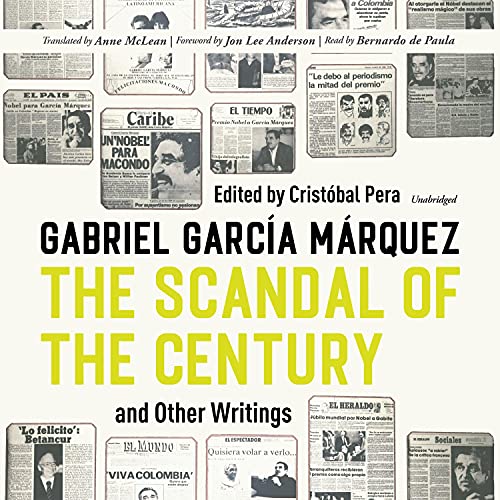 The Scandal of the Century and Other Writings

From one of the titans of 20th-century literature, collected here for the first time: a selection of his journalism from the late 1940s to the mid-1980s - work that he considered even more important to his legacy than his universally acclaimed works of fiction.

“I don’t want to be remembered for One Hundred Years of Solitude or for the Nobel Prize, but rather for my journalism,” Gabriel García Márquez said in the final years of his life. And while some of his journalistic writings have been made available over the years, this is the first volume to gather a representative selection from across the first four decades of his career - years during which he worked as a full-time, often muckraking, and controversial journalist, even as he penned the fiction that would bring him the Nobel Prize in 1982. Here are the first pieces he wrote while working for newspapers in the coastal Colombian cities of Cartagena and Barranquilla...his longer, more fiction-like reportage from Paris and Rome...his monthly columns for Spain’s El País. And while all the work points in style, wit, depth, and passion to his fiction, these 50 pieces are, more than anything, a revelation of the writer working at the profession he believed to be “the best in the world”.