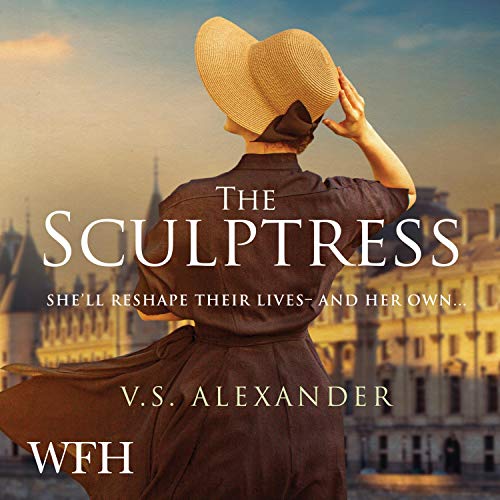 From acclaimed author V.S. Alexander comes an absorbing, immersive novel set during World War I, as a talented and ambitious artist finds an unusual calling.

May 1917. The elegant streets of Boston are thousands of miles away from the carnage of the Western Front. Yet even here, amid the clatter of horse-drawn carriages and automobiles, it is impossible to ignore the war raging across Europe. Emma Lewis Swan's husband, Tom, has gone to France, eager to do his duty as a surgeon. Emma, a sculptress, has stayed behind, pursuing her art despite being dismissed by male critics.

On the bustling sidewalk she spies a returned soldier. His brutally scarred face inspires first pity, and then something more - a determination to use her skill to make masks for disfigured soldiers. Leaving Boston for France also means leaving behind Linton Bower, a fiery, gifted artist determined to win her. Emma's union with Tom has been steady yet passionless, marred by guilt over a choice she made long ago.

In Paris, she crafts intricate, lifelike masks to restore these wounded men to the world. But in the course of her new career she will encounter one man who compels her to confront the secret she's never revealed, not even to Tom. Only by casting off the façade she has worn for so long can she pursue a path through heartbreak and turmoil toward her own unexpected future....

What listeners say about The Sculptress