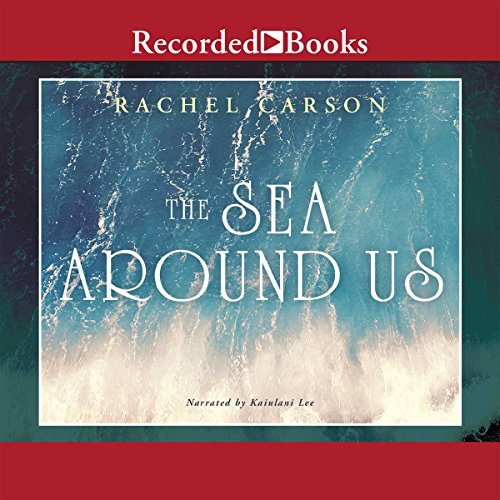 The Sea Around Us

Published in 1951, The Sea Around Us is one of the most remarkably successful books ever written about the natural world. Rachel Carson's rare ability to combine scientific insight with moving, poetic prose catapulted her book to first place on The New York Times best seller list, where it enjoyed wide attention for 31 consecutive weeks. It remained on the list for more than a year and a half and ultimately sold well over a million copies, has been translated into 28 languages, inspired an Academy Award-winning documentary, and won both the 1952 National Book Award and the John Burroughs Medal.

This classic work remains as fresh today as when it first appeared. Carson's writing teems with stunning, memorable images - the newly formed Earth cooling beneath an endlessly overcast sky, the centuries of nonstop rain that created the oceans, giant squids battling sperm whales hundreds of fathoms below the surface, and incredibly powerful tides moving 100 billion tons of water daily in the Bay of Fundy. Quite simply, she captures the mystery and allure of the ocean with a compelling blend of imagination and expertise.

Reintroducing a classic work to a whole new generation of listeners, this special edition features a new chapter written by Jeffrey Levinton, a leading expert in marine ecology, that brings the scientific side of The Sea Around Us completely up to date. Levinton incorporates the most recent thinking on continental drift, coral reefs, the spread of the ocean floor, the deterioration of the oceans, mass extinction of sea life, and many other topics. In addition, acclaimed nature writer Ann Zwinger has contributed a brief foreword.

Today, with the oceans endangered by the dumping of medical waste and ecological disasters such as the Exxon oil spill in Alaska, this illuminating volume provides a timely reminder of both the fragility and the importance of the ocean and the life that abounds within it.

What listeners say about The Sea Around Us

Much of Rachel Carson's information is at least 70 years old, and not consistent with current theory. That might earn any other book about natural history some serious demerits, but not The Sea Around Us. It is a lyrical masterpiece and deserves ensconcement within the historiographic canon of the genre. It doesn't matter that incorrect conclusions populate much of this book. Carson's language fires the imagination and sparks interest in the subject matter. That is her true gift: telling stories about our natural world with an empathy for the natural processes of nature that is infective. She makes us understand, and she makes us care.

Speaking objectively, I can imagine Kaiulani Lee's narration might prove plodding and boring to some listeners, but I am not among them. I loved Lee's reading. I found it loving and engaging.

A rich, fascinating description of the status of knowledge of the global oceans circa ~1951

- What is really stunning is that this book was written prior to the knowledge of plate tectonics; and hence, is a wonderful resource on how science marches forward, ever-changing, yet building on replicated, repeatable experiments & observations.
- Carson includes detailed depictions of foraminifera (w belief that they made up entirety of the Cliffs of Dover - underestimation of contribution of ‘Coccospheres’ in general at the time?), as well as voyages of Kullenberg, Cushman, and the HMS Challenger.
- ‪At this time, scientists were just about piecing together the structure of ocean bathymetry & were yet unsure abt the deep scattering layer (https://en.wikipedia.org/wiki/Deep_scattering_layer?wprov=sfti1) & were just abt discrediting the volcanic origin of petroleum (!)
- There’s a myriad of other tidbits; including how it was clear that the Arctic was warming, & how geologists were positing paleoceanographic changes during the Medieval period in Europe as well as during the Little Ice Age.
- ‪Apparently even then, it was known that “The Indian Ocean, which seems never to be quite like the others, is an important one!” as Carson pieces together available knowledge on the monsoons, well-developed even by today’s standard.
- ‪To me her narrative is fascinating, how much we *thought* we knew at the time, how little we *actually* knew (seen from today), and incredibly, *how* much we also knew ~70 yrs ago!
- ‪I think it would certainly make for a useful exercise (class idea?) in separating fact from fiction, based on what we know today versus the status described in The Sea Around Us.
- ‪Overall, Carson is a masterful writer with a deeply evocative style who weaves together scientific facts with speculative ideas from the 50s & before, making nuanced distinctions between the two. Highly recommended reading (or listening!)

It was pretty interesting for me and I’m a teen so yeah
But really the only thing I didn’t like was the voice no offense her
voice was really sleepy if you know what I mean.

As an avid reader, it is no small feat for me to say this is the best book I have ever “read”. It is fascinating for anyone who is curious about our planet. Carson demonstrates a detailed scientific knowledge of oceanography and geology. She weaves in history and tells the stories in poetic prose. The book is particularly well-suited for audio as it allows the “reader” to relax and visualize the beauty and wonder of the world.

I first encountered this book in high school, browsing through library shelves, and I vividly remember sitting at a table in the library’s reading room and being transported by Rachel Carson’s ability to present scientific information with what can only be described as epic lyricism. Carson was a gem and this book is a gem. Yes, some of the information has become a little dated as new scientific discoveries have been made, but the author’s efforts to present the best and most comprehensive data available to her at the time, make this book remain a stellar find for anyone interested in learning about the mysteries and wonders of the world around us as presented by a gifted scientist with a poetic mastery of the English language.

No Storyline, just an Encyclopedia

Awful (and portions are outdated "science"). Interesting facts, but no storyline; like you asked Alexa to read a Wikipedia page.

I loved the way this book was written. Rachel’s accomplished career and amazing research make of this book an incredible masterpiece of the hidden wonders and discovery of the deep sea.

Incredibly well researched and expansive: tides why where and how they impact weather, economy and human civilization.

Well written and an easy listen

Very beautifully written and presented. While content was ecological, geological, and scientific, book reads in an almost prose-like rhythm and is almost poetic.

Found the first part or book 1 to be a bit slower and harder to get into, but couldn’t stop listening to part/book 2 and 3. Recommended for anyone that wants to learn more about the ocean. My only criticism was very minor about narration - sounds like the author is puckering her lips together after the longer sentences. Overall, very informative and highly suggest for all audiences.

One listen Just Scratches the Surface

This book is packed full of facts as they were known when the book was written. I kept thinking as I listened how many more fish there were in the seas then, how many more whales and dolphins, coral and how plastic didn't appear back then as floating islands the size of small states. Carson would despair if she could see the state of our oceans now. She warned us. She gave us the facts. I learned so much about the sea and will listen to this again because you just can't absorb all of it with one read. Excellent book.

An interesting journey of the past, hard to distinguis from the present.
I have learned so much about the ocean, but the looking-glass into the previous conception of that time is perhaps the most astonishing! As a Norwegian I have learnt so much of our own history at sea and the impact of Norsemen travelling the world at sea.
A must-reed for all Norsemen! 🇳🇴🇸🇪🇩🇰🇮🇸🇫🇮🇫🇴

Not only Silent Spring! Carson's Masterpiece

The prose is precise, concise AND lyrical.
A perfect model of true scientific thinking... NOT drawing on today's "consensus" push (94% of scientists agree" but "given what we have learned to date ...)