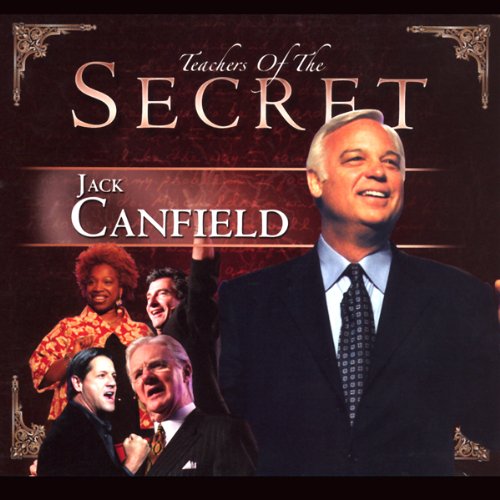 Jack Canfield is one of the most engaging speakers featured in The Secret. As the beloved originator of the Chicken Soup for the Soul series, he fostered the emergence of inspirational anthologies as a genre and watched them grow into a billion-dollar market. As the driving force behind the development and delivery of over 100 million books sold through the Chicken Soup for The Soul franchise, Canfield is uniquely qualified to talk about success. He is also one of the driving forces behind the wildly popular The Secret.

Jack has also been a featured guest on more that 1,000 radio and television programs in nearly every major market worldwide, many of them on a repeat basis, including Oprah, 20/20, Larry King Live, and many more!

Great talk on law of attraction, my wife and I really hope we get to meet him one day and hear him speak in person

What was I thinking? I just wondered what "The Secret" was. Here it is: You will feel buyers remorse 2 minutes into it. Pass it on.

What was I thinking!

I just wondered what the secret was. Here it is: You will feel buyers-remorse 10 minutes in if you have a brain.

Where does Jack Canfield rank among all the audiobooks you’ve listened to so far?

Fabulous. He has a great way of presenting his material.

And plenty of humour.

Changing neural pathways in 30 days - incredibly powerful and I've done it every day since and am getting incredible results.

My life is changing rapidly as a result.

Exciting new concepts and slants on ones I already knew

Fabulous audio book, and I'll be getting more from Jack Cranfield as a result