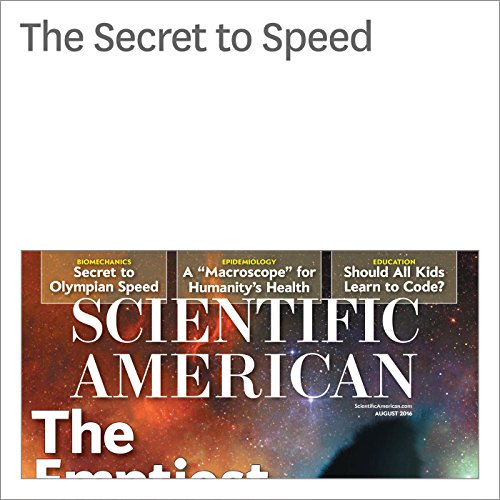 The Secret to Speed

Although running as a sport dates back to at least 776 BC when a footrace was the only event in the earliest Olympic Games, the science underpinning it has long lagged far behind. Perhaps the earliest attempt to obtain rigorous data on runners came from British Nobelist Archibald Hill, who in 1927 conducted an experiment in which runners wearing magnets sprinted past large coils of wire that detected the magnets. Knowing the distance between wire coils, he could calculate the velocity and acceleration of the passing runners.

"The Secret to Speed" is from the August 2016 issue of Scientific American.