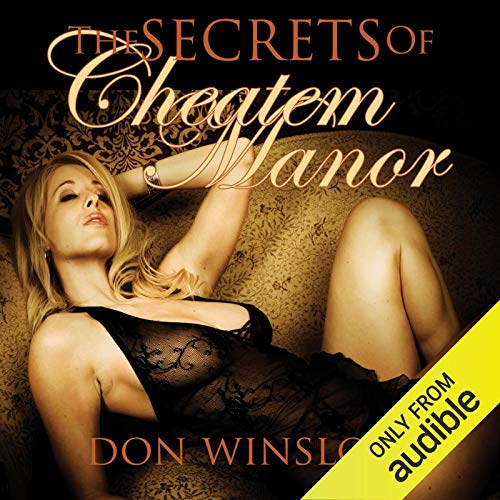 The Secrets of Cheatem Manor

Following his father, Rupert’s, death, his son Edward is packed off to Cheatem Manor in the English countryside. Although Rupert’s cousin has inherited the estate, the man must remain at his military post, leaving the estate and Edward’s upbringing in the hands of his father’s half-sister, Lady Amanda, and her two very beautiful wards, Catherine and Prudence.

Once at the Manor, Edward is quickly reduced in status from honoured family member to lowly servant. Rather than spending a pleasure-filled summer in the country, he’s forced to serve this hedonistic household as a virtual slave to the whims of two impetuous sisters, and their imperious matriarch. His behaviour is strictly controlled and any disobedience soundly punished. When caught furtively spying Catherine undressing before her bath, the poor boy’s soundly spanked by Lady Amanda - just the beginning of his torment.

Like other males at the manor, he’s often made to wear cutaway pants that leave his cock and balls hanging out. And from the lovely libertines Catherine and Prudence, he learns the rudiments of sex in numerous encounters, but always as a submissive male. Though the treatment is shocking, young Edward has little choice but to follow along. However, when the new owner suddenly arrives on the scene unannounced, he stumbles on a pagan ritual taking place outside the manor. He watches, too shocked to stop the proceedings, as the servant William is bent over an alter and b******d with a dildo. Once it’s clear that Edward is next in line for the humiliating rite, the outraged owner steps from the shadows and abruptly halts the ceremony.

Will the tables be turned? A new regime take over? Can the powerful Lady Amanda be stripped of her authority by Cheatem’s rightful owner? Surprises are sure to follow as the story unfolds. But can the natural order of life be restored to this ancient fortress? Or will Cheatem’s owner succumb to Amanda and her minions?

Definitely not a book by THE Don Winslow

Racy would be a good word to describe this book. And, the plot actually moves along quite well. If you want to listen to something different, this is definitely the book!