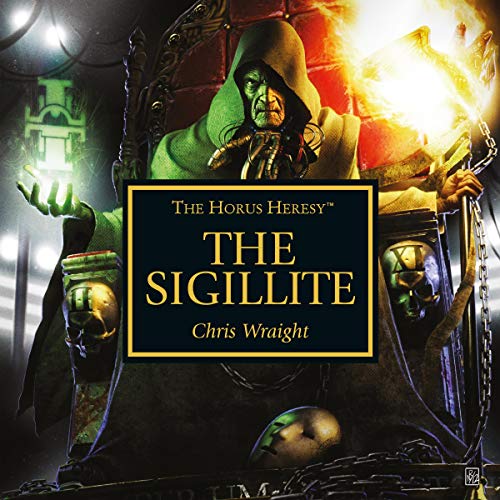 The galaxy is divided, but while his armies prepare for battle, the Emperor himself remains curiously absent. In his place stands Malcador - legendary Sigillite, First Lord of Terra and regent to the throne - now arguably the single most powerful man in the Imperium. Army officer Khalid Hassan reports back to the Palace after a disastrous secret mission into the wastelands of Gyptus but soon learns an awful truth about the destiny of mankind. Where do Malcador's true loyalties lie?

What listeners say about The Sigillite

I love hearing about Malcador

Short and sweet, worth the credit. Malcador is always portrayed in a way that makes his character interesting. Have not been disappointed in anything involving him yet. Add this to the collection.

A tiny bit too much Call of Duty filler, probably could've more efficiently gotten the point of it across.

Great story!! However the sound quality was to quite. Sound effects and narration was good, but the sound was low

Love anything with matador in and was an enjoyable short listen. Was well acted aswell