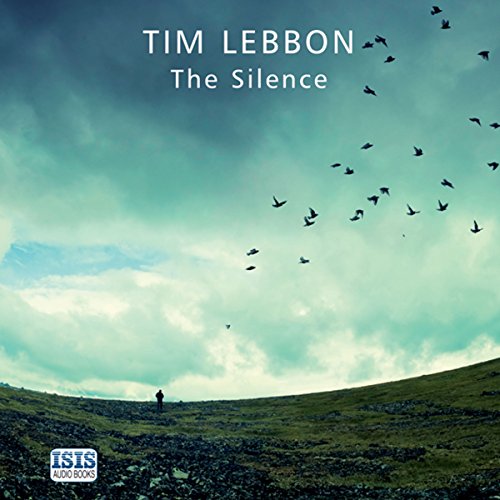 In the darkness of an underground cave, blind creatures hunt by sound. Then there is light, voices, and they feed.... Swarming from their prison, the creatures thrive; to whisper is to summon death.

As the hordes lay waste to Europe, a girl watches to see if they will cross the sea. Deaf for years, she knows how to live in silence; now it is her family's only chance of survival. To leave their home, to shun others. But what kind of world will be left?

What listeners say about The Silence

Really really enjoyed this, I'm a big fan of true escapist horror stories/post apocalyptic stories, and I spend a lot of time searching for good ones on audible, and this very much hit what I was looking for. As someone has already noted, it has similarities to "the rats" by James Herbert, but updated to a modern setting, and I thought the protagonist of the teenage girl being deaf worked really well. If you liked Stephen Kings "the mist" or any of James Herbert's work you should really like this

Apocalypse and horror books aren't really my bag and I bought this book on a whim but was surprised to find I loved it, it is one of most engaging and gripping books I have listened to in a long while. I am now desperately waiting for a sequel. Only 4 stars for the performance because it really needed a male and female narrator, the books starts from the perspective of a 14 year old girl, but I thought it was a boy for quite some time just because of the male narrator. Other than that, Meadows made an excellent job of the narration and combined with an excellent story with plenty of nail-biting moments, I have no qualms about recommending this book, even if you think you don't like horror.

The Silence is an intelligent and genuinely entertaining book. Of course it has similarities with many of the post-apocalyptic genre including hints of Wyndham books but its mechanism for getting there is somewhat different to your average zombie / deadly disease story. It also quite bravely uses the joint point of view of a young deaf girl and her protective father to deliver the story which, as it turns out, works incredibly well. Mark Meadows is a well-established narrator and delivers both the young girl’s point of you and her father’s convincingly with deft changes of tone, intonation and pace.

In all the characters are engaging, the scenario believable enough for a story of this type and the tension that builds as the problem spreads across Europe is palpable. The isolation imposed by the developing world of silence and what it means to the surviving human population as reflected both by the characters and global social media is interwoven well into the story. So, although there are many themes common with the rest of the genre there are enough inventive twists to whisper about originality with this one.

The story cries out for a sequel, I do hope the author is thinking about one . . . but in the meantime this book is well worth a try.

Not with a bang but a whisper

If you could sum up The Silence in three words, what would they be?

The thing that took me by surprise in a good way is that most of the characters are nice! The first person protagonist, a deaf schoolgirl, really loves her family, even her annoying kid brother - and even he bothered to learn sign language. The father, the third person protagonist, doesn't turn out to be an alcoholic or child abuser or adulterer - almost as if the author realises that these things aren't actually interesting. He's simply an ordinary guy prepared to do what it takes to protect the ones he loves.
The opening scenes are thoroughly engaging. A caving expedition in Moldova goes horrifically wrong, but as most of the characters have to check an atlas to even know where Moldova is, that can't affect them, can it? Meanwhile, we consider the protagonist's deafness and the book's title and wonder how they relate... Unless of course we've spoiled it for ourselves by reading the blurb!
Some have likened this book to Day of the Triffids but I think it has more in common with War of the Worlds, at least in its initial sense of growing menace. Add in a bit of real world stuff, such as the existence of ecosystems entirely independent of our own (Lake Vostok springs to mind), and the uncontrolled rabbit population in Australia, and you've got a scenario that is far more interesting (not to mention credible) than just another zombie apocalypse.
For the book's first half, I would have given a very strong four stars, maybe five. But once the global threat is underway, the story loses its momentum, and it plays out in a way that is no longer so different from your average zombie apocalypse. As usual, the real threat is other people, but the baddies in this story are not terribly believable. They put themselves in considerable danger in order to gain something that they don't really need. Granted the leader is insane, but motivations need to be a bit more positive than just, "Well, they're crazy."
The last part of the book is largely speculations about what the world is going to be like now, which would be fine, but it doesn't go as far as any number of existing stories of that ilk, including Survivors and The Walking Dead. If Lebbon brings out a sequel, I will almost certainly read or listen to it, but my expectations will be medium rather than high.

What does Mark Meadows bring to the story that you wouldn’t experience if you had only read the book?

Besides making it very clear who is speaking, and when there's a change in scene or point of view, he does great newsreader voices.
Incidentally, despite the excellent narrator, this is one book that I would suggest people read themselves rather than listen to if they have that option - the clue being in the title.

It is not practical for me to sit for 11 hours.

There is a great storm scene.
Despite my negativity towards the later parts of the story, this is not a book I regret buying and listening to.

Something left to be desired

I was expecting a lot more from this novel, hoping that it wouldn't be as lukewarm as I found the Netflix film adaptation, which everyone knows, paled when compared to A Quiet Place (not a novel, but an original screenplay). But unfortunately, the old saying about the book being better than the film did not apply here. I kept waiting for a real peak, but it never appeared. Then not only did the ending let me down, I found the narration totally grating, if not downright distracting. Who had the big idea to have a man narrating the part of a teenage girl? It sounded weird and the narrator performing the part of the mother almost sounded like mimicry, it was so off. Overall, this wasn't a bad story, but it felt underdeveloped, and the narration was just a bad idea for this audiobook. If there is a sequel (and it feels like the author owes readers one), I sure hope the narration of the audiobook will be better thought out.

Better than the film, obviously

The narration is great. A little startling when it starts with an adult man first person narrating a 14 year old girl, but the narration switches to 3rd person following the father, and they're Welsh, isn't it, see? He does some AMAZING accents and voices, even if there is an understandable struggle to be a 10 year old boy as well as the girl. But it's an admirable performance.

For the story, it's a great take on the possible end of humanity that avoids politics and climate change and war. And it follows a family and sees their relationships grow, and also their characters change and adapt. A really great book and incredibly easy to listen to.
I've been listening while walking the dog, usually around and hour and a half, and it's gone too quick.

Give it time, it’s quite entertaining.
Although I’m not sure how to get about without making noise.
Even if I was cleverly enough to Sign fluently, I wouldn’t be able to walk any distance with a bag of medicines without broadcasting this widely.
If you suspend your disbelief this is a chilling tale, well worth listening to with some touching moments.
The reader was a pleasure but did shout the Chapter headings rather alarmingly given the nerve tangling nature of the tale.

How good sci-fi horror should be written!

Very good and gripping story. It felt very real, and genuinely tense and scary. Told pretty much from the view point of one family trying to survive, it held the attention right to the very end. The narrator did well with switching between the teenage daughter and the father, though it was a little confusing at times. Thoroughly recommend this audiobook. More like this please!

Give this a go

Tim Lebbon is a new author for me and what made me give this book a try was the other reviews that mentioned Herbert's The Rats. Not as fast paced as Herbert's books (a little slow to begin in fact) but well worth a listen.Just be ready to want another book to finish the story as the end leaves you wanting more! I will be trying another of this author's books in the hope it is as good.

Not my usual type of story but I'm pleased I tried

What made the experience of listening to The Silence the most enjoyable?

lots of twists and turns in the plot

Which character – as performed by Mark Meadows – was your favourite?

Liked all of the main characters

Death of the grandmother

I shall look out for more by this writer