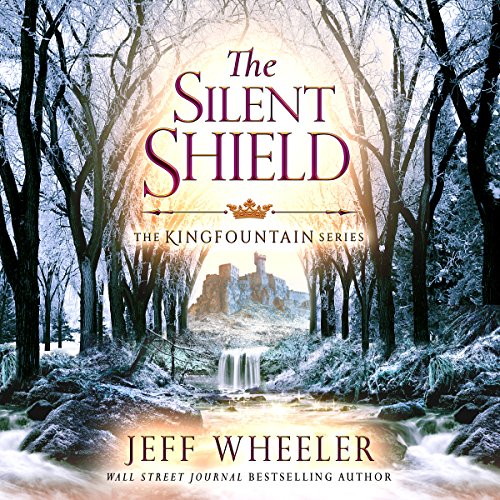 Wall Street Journal bestselling author Jeff Wheeler continues the acclaimed Kingfountain Series with a vast expansion of this spellbinding world. Thrust into the heart of events threatening to rip her kingdom apart, young Trynne Kiskaddon will gain new powers and see old allies fall and new heroes rise as the battle for the kingdom and the lands beyond begins.

Courtly intrigue and rumors of invasion plunge Kingfountain into turmoil as the search for Trynne's father begins in earnest. But Trynne's quest to learn the truth of Owen's sinister disappearance is sidetracked when tragedy strikes her family once again. Suddenly, the future of the kingdom rests in her hands as she struggles to learn - and control - the power that can keep the threatening Deep Fathoms at bay.

When King Gahalatine unleashes his overwhelming forces against the realm, Trynne must draw on her political instincts, warrior training, and Fountain-blessed magic if she hopes to survive the chaos to come. But a final, epic confrontation will force Trynne into an unimaginable choice: save her kingdom and the lives of her people, or lose the one who means more to her than life itself.

Truly excellent next installment in the series

The story alone stands as a testament to Wheeler's talent, but the surprise is in the convergence of multiple story lines. If you haven't read Wheeler's other series yet, start now.

I've fallen completely for Trynne and Fallon, even though my heart is also breaking for all that they experience. Wheeler continues to blow me away with his ability to draw deep emotional reactions from readers, while also portraying his characters as smart, savvy, emotionally intelligent heroines and heroes.

I cannot WAIT to find out what happens in the final installment of the Kingfountain series.

Seriously. While I do think George Martin is a talented writer and world-builder, I think Wheeler writes his characters fantastically. They're realistic: they feel and fear and love and overcome obstacles. Better yet: there's no gratuitous sex and profanity so yay for that!

Trynne has become one of my favorite heroines of all time, and Kate Rudd voices her perfectly.

very well written just love Jeff Wheeler can't wait for next book .I think it will. be even better. have not read one that was not the best.

A straight continuation of the story from the 4th book. This is one of the best fantasy series I have ever read!

This is the first book of the series that left hanging threads between two books. its a great stiry - but a little disconcerting to be keft hanging in the story lines of a couple characters.

An excellent series for teens and up who enjoy fantasy and adventure reads. Indeed, a page turner!

Great book to listen to Late Rudd does an excellent job. This book is helping me recover from the surgery

Loved it! This is my favorite in the series thus far. I'm ready to listen again... except that I must find out what happens next...

the best one so far

each book has led up to this one. such an exciting read! highly recommend this one.

He is an amazing author. His books are very well written, very descriptive, they don't leave you wondering. And he has a fascinating imagination.

part 2 of the what if story of Joan of Arc in the time of King Arthur.
now I have to read part 3 to see how it all ends.

A great addition to the series so far, lives up to what you would expect from Jeff.

as with this whole series we loved this story and seeing how Trynne has grown and developed into such a strong character.

I enjoyed this almost as much as all his other books, but it didn't have quiet the twist of emotions some of his other books have. The wretched remains to date one of my favorites for that very reason.

Excellent; a really entertaining listen and story. Loved it. More please. I look forward to each Kingfountain episode immensely.