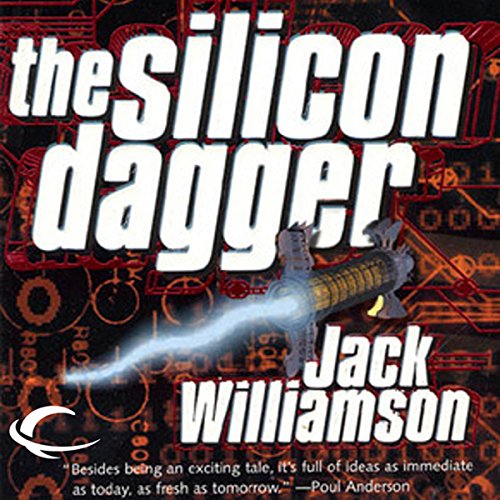 In a novel that marks his eighth decade of publication, Grand Master Jack Williamson projects today's headlines into the near future to tell a tale of murder, conspiracy, and revolution.

When his investigative reporter brother is murdered while researching a story, Clay Barstow follows his trail into Kentucky and begins an investigation of his own. Behind the idyllic landscape and quiet houses of McAdam County, he finds an undercurrent of paranoia and secrecy swirling around something hinted at in his brother's notes, a new technology of astonishing power called "the silicon dagger".

As Clay delves further into the secrets of McAdam County and the ruling family that is its namesake, he finds himself drawn deeper and deeper into the conspiracy - as its target. Framed for murder and on the run from the bloodthirsty local militia, Clay desperately seeks his brother's killers and the secrets of the silicon dagger. Because if he can't reveal them in time, they just might enable the people of McAdam County to do what no one has dared in a century and a half - declare independence from the United States of America.