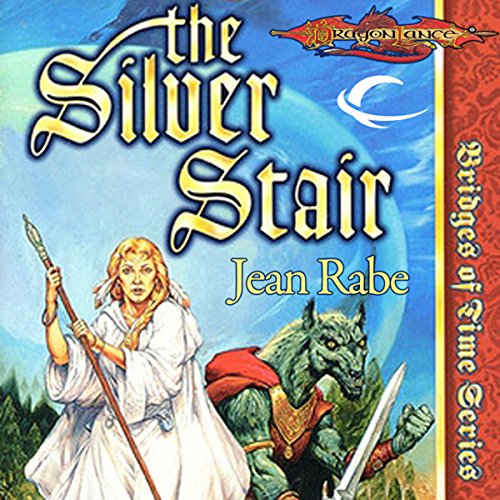 For Goldmoon and her followers, Schallsea Island is a place of bright beginnings. In the shadow of the magical ruin called the Silver Stair, a translucent spiral that leads to visions and revelations, they have started construction on the Citadel of Light. For the first time since the Chaos War, the future looks promising. But two forces challenge Goldmoon's plan to launch a new mystical order on Krynn - one clad in the plate mail of a Solamnic Knight, the other hidden by mysterious magic and dark shadows. Jean Rabe's novel tells the compelling tale of the struggle to preserve the Silver Stair and to prevent the dream of Schallsea Island from becoming a nightmare.