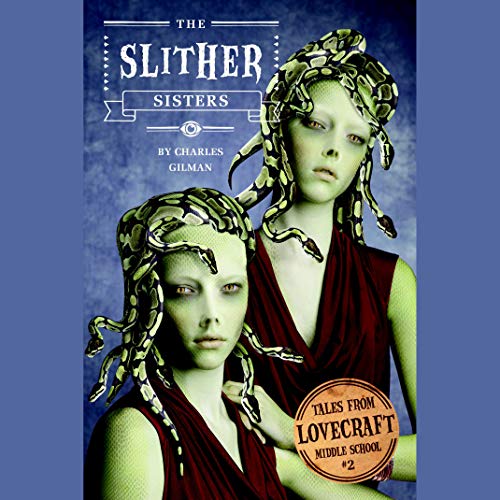 This second novel in the Tales from Lovecraft Middle School series begins right where Professor Gargoyle ended. Seventh-grader Robert Arthur has discovered that two of his classmates are actually sinister snake-women in disguise. Even worse, his new middle school is full of “gates” to a terrifying alternate dimension - a haunted mansion full of strange spirits and monstrous beasts. For Robert to protect his teachers and classmates, he'll need to return to this haunted dimension with his best friends Glenn and Karina. Can they uncover the secrets of Lovecraft Middle School before it's too late?

What listeners say about The Slither Sisters