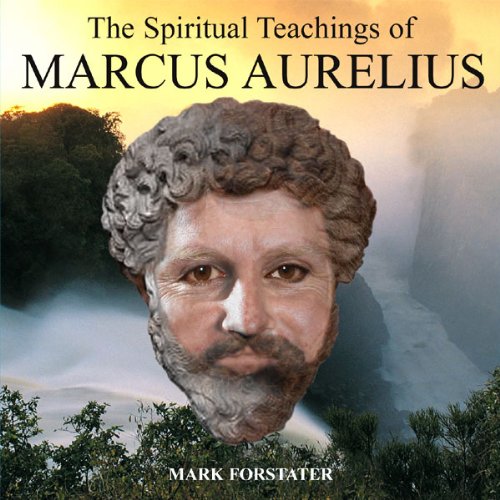 "Not becoming like your enemy is the best revenge."

Marcus Aurelius, emperor of Rome from AD 161 until his death in 180, was the philosopher-king envisaged by Plato. A stoic philosopher, Marcus Aurelius wrote a series of spiritual exercises (now known as his meditations) while engaged on a series of border wars in the Danube region.

His writings, intended only for himself, reveal a mind of great humanity, humility, and insight. For over 2,000 years, these writings have inspired men and women to engage in the philosophical life, which involves two goals: to "know yourself" and then to ask, "What is the right way to live?"

What listeners say about The Spiritual Teachings of Marcus Aurelius

Better, clearer audio quality. With a little effort, I am certain that the audio could have been restored.

What other book might you compare The Spiritual Teachings of Marcus Aurelius to and why?

Derek Jacoby and Marcus Aurelius should have been an unbeatable team, a meditative experience. Instead, the audio is muffled, and this is a great distraction, and disrespectful of this great work and the great actor.

Would you be willing to try another one of Derek Jacobi’s performances?

If you could play editor, what scene or scenes would you have cut from The Spiritual Teachings of Marcus Aurelius?

You've got to be kidding.

This is the only recording from audible of which I have had a disappointing experience.

Fascinating seeing as the philosophy comes from 2000 ago without any of today's technology. The key to contentment explained in a simple and easy to understand way

Wise words, beautifully performed by Derek Jacobi.
At least I think it is..
This recording is one of several that has too much bass from my bedside speaker, so it's difficult to hear complete sentences.
I'm not going to give up, I'm fairly sure I will be able to listen on my excellent headphones, but I'm not going to fuss about sound balance at 2:45 am so it will have to go on the "unplayable" pile.