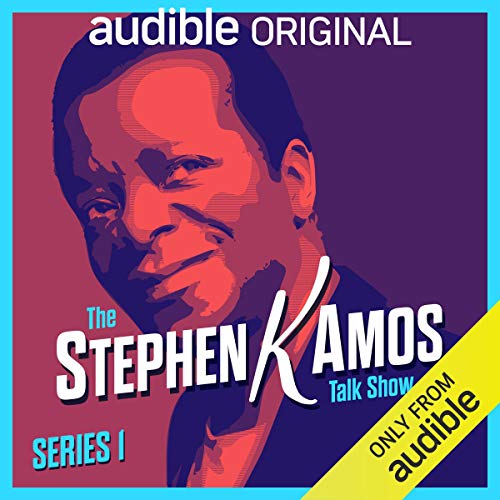 Recorded live at the Edinburgh Festival, legendary comedian Stephen K Amos invites some of his favourite stand ups to sit down for a chat about life, comedy and all the funny stuff in between. This is the closest you can get to being an insider at the world’s biggest comedy festival, via the banter of some of the funniest people on the planet.

Expect deep insights, hilarious admissions, and outrageous anecdotes from the titans of comedy as well as the stars of the future. Each show also features an exclusive comedy performance.

This is an Audible Original Podcast. Free for members. You can download all 8 episodes to your Library now.

This is a very enjoyable set of interviews with a good selection of the world's comedians from various backgrounds. There is a fair amount of swearing in some of the episodes if that bothers you but the varied ways that people found themselves doing comedy is genuinely interesting. At some points the interviews actually get quite serious covering issues like feminism and equality but it never gets too heavy and it all makes for some good "fringe" easy listening. Stephen Amos is a good host and clearly knows how to get the best of his guests, not that any of them were exactly shy!

So much vulgar and obscene language really not happy; should be w
A warning to make people aware

I thought I'd like and enjoy this but found it a bit too me, me, me!

love this guy and everyone he works with, draws you in. such a laugh. I would recommend.

didn't really enjoy this very much

I really struggled to get into this but this might say more about me than the content but I wasn't amused very much and certainly didn't laugh out loud once!

Really enjoyed this series and the conversationalist approach. Managed to be funny himself as the host without detracting from his guests.

I've been to his talk shows and this is great to have access to them away from live performances. He's a master of his craft

very funny and insightful. the comedians are great and it's interesting hearing a bit more about them.

Definitely going to be following Stephen K Amos from now on. Absolutely hilarious, couldn't wait to listen to the next eps.

Sound quality is fine but it just isn't funny. Thumbs down, would not recommend to anyone.