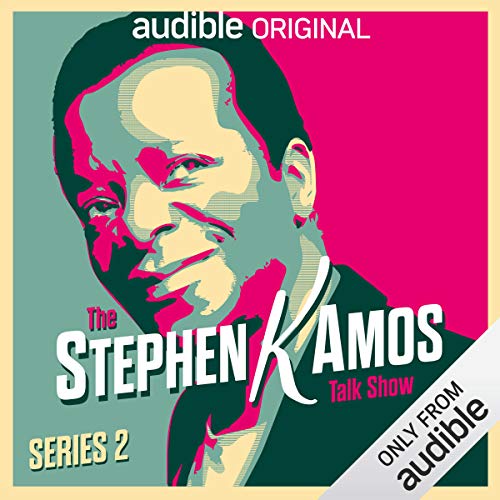 Recorded live at the Edinburgh Fringe Festival, comedian Stephen K Amos is back for another series of his talk show. As ever, Stephen invites some of his favourite stand ups to sit down for a chat about life, comedy and all the funny stuff in between. This is the closest you can get to being an insider at the world’s biggest comedy festival, via the banter of some of the funniest people on the planet.

Expect deep insights, hilarious admissions, and outrageous anecdotes from the titans of comedy as well as the stars of the future. Each show also features an exclusive comedy performance.

This is an Audible Original Podcast. Free for members. You can download all 8 episodes to your Library now.

Listening to this show is an uplifting treat, Great guests, funny and enlightening, Stephen K Amos is an excellent host.

A mixed bag but fun overall

An interesting mix of comedic guests, a few of whom I will keep an eye (and ear!) out for in future. I doubt I'd listen to this series again but I have, and I'm sure will, listen to other things by Amos. Recommended to comedy fans who like catching up with well-known artists as well as discovering new ones. Jordan Grey's song at the end of the penultimate episode was a particularly Minchin-esque highlight.