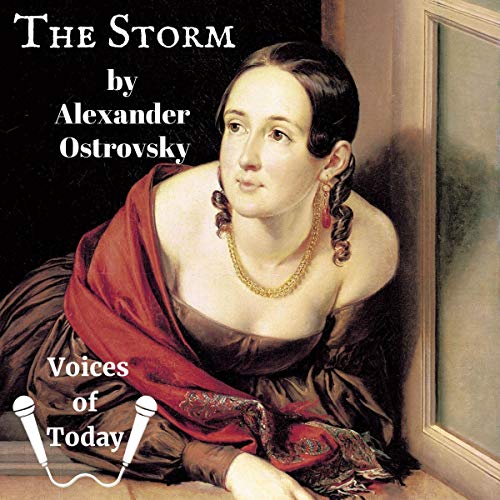 Although his work has somewhat fallen into obscurity, Alexander Ostrovsky (1823-1886) is considered to be one of the greatest of Russian dramatists. He was one of the pioneers of a realistic style, which later found exponents in celebrated European dramatists like Ibsen and Strindberg. Of Ostrovsky's 47 plays, one of the best known is The Storm, the portrait of an idealistic young woman trapped in a world of crushing and venal orthodoxy. The Storm formed the basis of Janacek's opera, Katya Kabanova.

Jennifer Fournier as Feklusha, Old Woman and a Woman

and Denis Daly as the Narrator, Shapkin, and Second Person.

What listeners say about The Storm