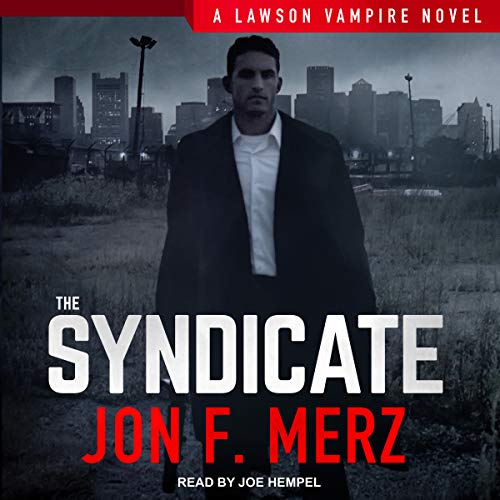 A missing family member sends Lawson on a trip to New York City only to run smack into vampire organized crime. Now they've got Lawson right where they want him - and they want him to switch sides and betray the Balance. But Lawson's got more than one play in his book, and if he has to go to the wall to rescue his cousin and stop the Syndicate from unleashing a new synthetic drug on the masses, that's just what he'll do.

Meet Lawson: A cynical, wise-cracking vampire charged with protecting the Balance - the secret existence of a race of living vampires that have evolved alongside humanity for thousands of years. A fixer: part-spy and part-commando - James Bond with fangs. Lawson mixes shrewd cunning with unmatched lethality to get his job done. He tries his best to dismantle conspiracies, dispatch bad guys, and live long enough to get home.

The Syndicate: Vampire organized crime has always kept to itself - and been largely tolerated by the Council. But this time, they're stepping out of the shadows in order to entice Lawson to join them as they unveil a brand new synthetic drug upon the masses.

Cho: A short, squat, misbegotten albino drug lord, Cho wants nothing more than to lure Lawson to New York and get him to join the Syndicate. To do it, he'll take a hostage - one of Lawson's family.