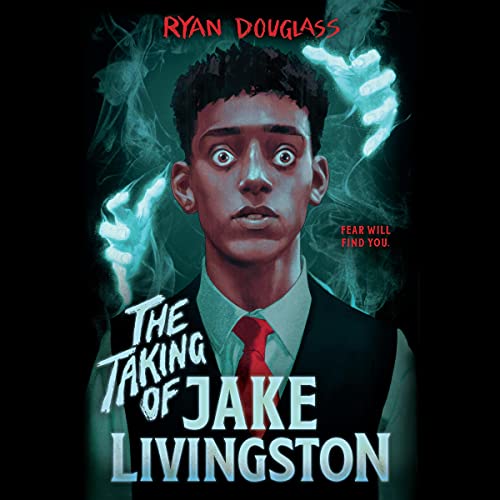 The Taking of Jake Livingston

Get Out meets Holly Jackson in this YA social thriller where survival is not a guarantee.

Sixteen-year-old Jake Livingston sees dead people everywhere. But he can't decide what's worse: being a medium forced to watch the dead play out their last moments on a loop or being at the mercy of racist teachers as one of the few Black students at St. Clair Prep. Both are a living nightmare he wishes he could wake up from. But things at St. Clair start looking up with the arrival of another Black student - the handsome Allister - and for the first time, romance is on the horizon for Jake.

Unfortunately, life as a medium is getting worse. Though most ghosts are harmless and Jake is always happy to help them move on to the next place, Sawyer Doon wants much more from Jake. In life, Sawyer was a troubled teen who shot and killed six kids at a local high school before taking his own life. Now he's a powerful, vengeful ghost and he has plans for Jake. Suddenly, everything Jake knows about dead world goes out the window as Sawyer begins to haunt him. High school soon becomes a different kind of survival game - one Jake is not sure he can win.

“This book is absolutely incredible, chilling, and a must-read.” (BuzzFeed)

“An exceptional blend of genres - horror, mystery, thriller, and contemporary - that brilliantly captures how Jake, a Black gay teen medium, copes with the varying kinds of violence threatening him.... Douglass creates a clever and effective parallel between what Jake can't control - racism and how his body is perceived, a toxic father, an irresponsible brother, his mother's expectations - and his fight against Sawyer. The story builds to a rewardingly chilling and sentimental climax, as Jake must look deep within himself for the power to break the cycles of harm entrapping him.... An extraordinarily crafted exploration of agency during Black gay teenhood.” (Shelf Awareness)

“A teenage version of Get Out, and you will not be disappointed.... Author Douglass looks at race and trauma and death with a comical and horror-esque twist.” (The Root)

What listeners say about The Taking of Jake Livingston

A more grown up, darker Paranorman

I loved this. Loved the concept of deadworld. Choices were made for voicing girls. lol

Brings up too much trauma

I am graduated and gone from high school and college, but I was part of the post-columbine active shooter culture. This book brought me right back to the terror of the American schooling system as I experienced it. There's a strong focus on school shooting, and I thought I could handle it, but about an hour and a half in I just can't stomach the reminder of how scared I was in high school. It's not often that I return an Audible title, but this one is going back because I just can't put myself through the pain of reading it.

It does seem to be a well-written YA novel. The narration fits the story well -- sometimes too well for my nerves in the sections narrated by the school shooter -- and the voices are fairly well differentiated. I wouldn't say it's not appropriate for the YA audience, but I would recommend screening it before giving it to a child. Things that are scary in adulthood sometimes aren't so scary to a younger person, and I think this is likely the case here. I read books about school shootings while I was in school and didn't find them a fraction as disturbing as I found this book now.

I genuinely love this book!

I was just looking for something a little spooky to listen to well doing some Fall cleaning and stumbled upon this. All the characters were really well-written, and they seemed really realistic. It's not the scariest thing I've ever read but it definitely has its moments. The narrator also did a really good job differentiating the voices and not making the female characters sound ridiculous. Also, I really liked the commentary about queer media and just the general struggles of coming out in the book. A lot of depictions of coming out in Media is so bombastic and unrealistic, this felt like such a personal and realistic depiction of it.

one thing I will say is that the book is pretty dark at times which I wasn't expecting (i think cuz it was labeled a teen book). It was fine for me, but I will say if you're extremely sensitive to child abuse, sexual assault, racism, homophobia or school shooting imagery, you might want to wait a bit on this book.

I am an adult. I enjoyed this book, but I don't know if I would want my teenager under the age of 17 reading this book. It is a little gruesome in some descriptions (which I actually enjoyed but didn't find age appropriate for younger kids). I would recommend you read the book before letting your kids or teens read it.

This was my first read by this author. There are a lot of plot twists, but the story is interesting and well told. Good read.

Initially, I was a bit taken aback by the narrator and was going to return the book, but he grew on me and the story was quite intriguing. Highly recommend this listen.

Cool concept with this one, but I wish certain parts of the story were developed more thoroughly, namely Jake's family dynamic and Deadworld. The romance is a little hard to care about, too, save for a cute final chapter. Narrators killed it though

It's awful to see what people are capable of doing. This book does a lot of that, but the discomfort from the scenes is what made this book great. Gruesome, ghouls, gay, perfect combo.

Modern day goosebump with a twist

Overall I truly love this book. Very vivid and descriptively well done. The characters were super relatable. I really hope to see more stories like this in the future

a not to me missed ya thriller

A fabtsically gripping YA thriller about a boy called Jake, who as a medium becomes haunted by the sprint of a high school shooter.
Expertly performed in multiple POV this story touches on issues surrounding, homophones, racism, mental health and the teen experience.

I loved the way the story split across two perspectives, the distinct voices of both Jake and Sawyer made them feel distinctive and the relationships Jake and Sawyer had with not only their peers and family but with the reader felt believable and intimate 💖💕