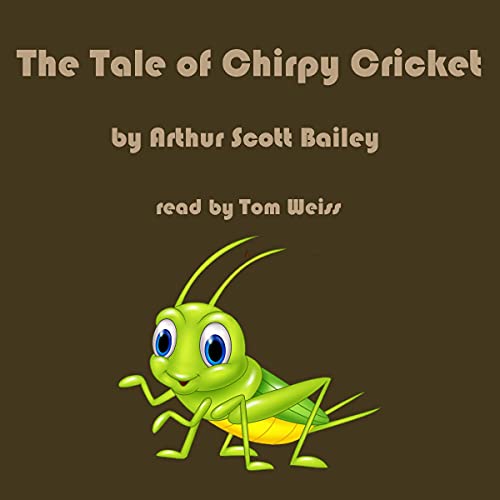 Chirpy Cricket loves to fiddle. He thinks everyone he meets should. However, as Chirpy meets other critters near Farmer Green's house, he learns that not everyone who fiddles sounds the same as he does. Along the way, he meets some strange crickets like the Mole Cricket who never comes above ground. Or the Cricket Frog who chirps like cricket but is really from the frog family. (Did you know there are over 900 species of crickets?) We also learn about some of the predators of crickets and how they hunt. But mostly, this story is about Chirpy and how he hopes to help everybody fiddle as well as he does - in his own mind.

Arthur Scott Bailey, the author, gives each of Chirpy's friends and acquaintances a unique personality, not unlike that in the wild, and like any good children's book, teaches us about their unique behaviors while promoting good moral values. Bailey was an American writer who penned more than 40 children's books. Mr. Bailey centered all his plots in the animal, bird, and insect worlds, weaving natural history into the stories in a way that won educators' approval without arousing the suspicions of his young readers. He made it a habit to never "write down" to children and frequently used words beyond the average juvenile vocabulary, believing that youngsters respond to the stimulus of the unfamiliar.

What listeners say about The Tale of Chirpy Cricket