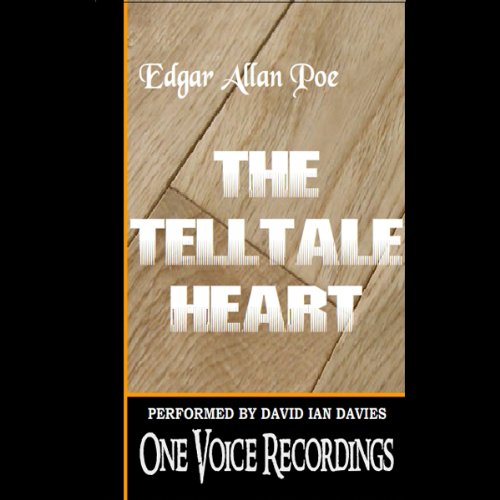 Actor David Ian Davies' telling of Poe's Gothic horror tale "The Tell-Tale Heart" captures this classic narrative of the unnamed murderer in all its exquisite vileness, its self-effacing insanity that poses rationality where none exists.
Public Domain (P)2006 One Voice Recordings

Voice actor David Ian Davies captures the petrifying nuances of American horror master Edgar Allan Poe’s classic short story "The Tell-Tale Heart". He interprets the chilling prose with fervor, bringing the monstrous character to life. The first-person narrator, a murderer, rants and raves about how he killed an old man for no other reason than distaste for a pale blue eye. He works hard to conceal his deed - dismembering and concealing the corpse - but his clever measures are no match for his guilt.